"Until we're ready to REALLY FIGHT... Nobody Should Include Me In Any #ENDSARS Hashtag" - Burna Boy 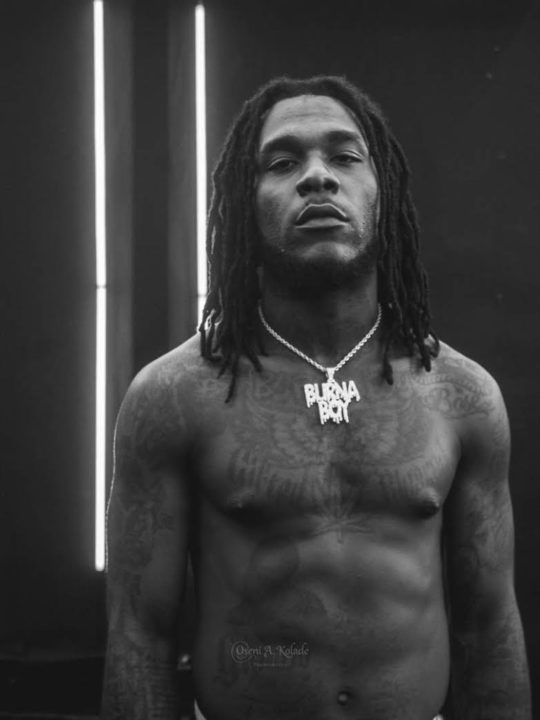 Nigerian Afrofusion artiste, Burna Boy has taken his own stance on the #ENDSARS hashtag that is trending in Nigeria after the death of a 33-year-old man, Kolade Johnson, who was shot by the Special Anti-Robbery Squad popularly known as SARS.

A young man, by name, Kolade Johnson was shot dead on the 1st of April by FSARS when they raided his residence in search of someone. During their raid, the SARS official had allegedly shot Kolade Johnson who reportedly died before getting to the hospital.

Nigerians have taken to social media to condemn the act with the hashtag #ENDSARS. This is not the first time this Hashtag will be trending in Nigeria as every untimely death or brutality of a Nigerian caused by these officials have a way of resurrecting the hashtag.

It is within this premise that Burna Boy is asking Nigerians to not tag him on anything that has got to do with #ENDSARS if they're not ready to fight and he means REALLY FIGHT. According to Burna Boy, that is the way to end SARS and the powers that be.

This announcement was made by the artiste via his Instagram story where he stated; 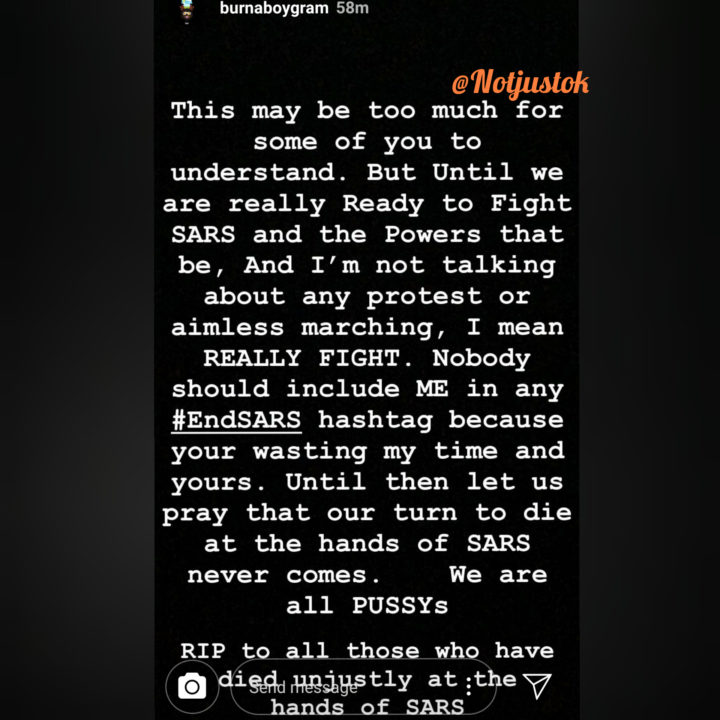