Making money also requires taking time out to chill and listen to good vibes and Tony Elumelu just revealed to us some of the latest Jamz that afford him such great time. 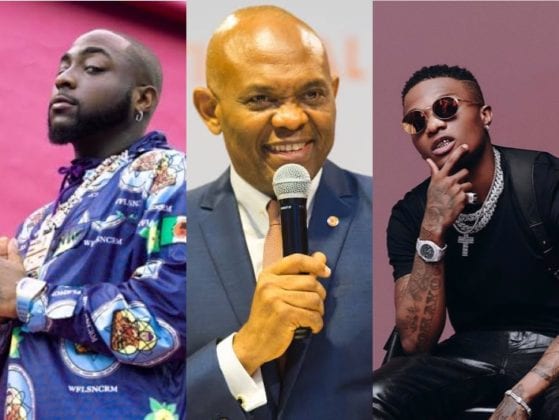 The CEO of United Bank Of Africa, Tony Elumelu dropped his brief afrobeats playlist on social media on Friday, the 7th of May while talking about the benefit of good vibes.

The list consists of different Afrobeats songs from top artistes such as Wizkid, Davido, Phyno and many others. Among the artistes, Davido got the most mention as he is featured on two songs; Ke-Star by Focalistic which featured Davido and Vigro Deep, and also Teni the Entertainer's For You featuring Davido.

Other songs on Tony Elumelu's playlist are; Essence by Wizkid featuring Tems, Bling by Blaqbonez featuring Buju and Amaarae, King Parole by Ajebutter22, Kilometer by Burnaboy, and Doings by Flavour featuring Phyno. 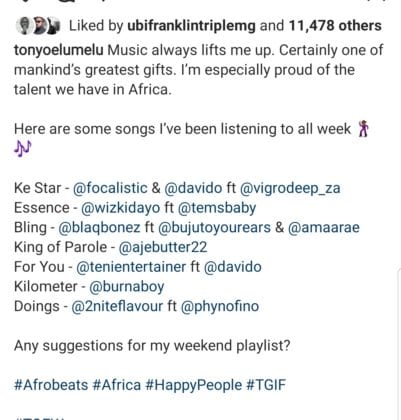