Tolani Explains Why She Took a Break from Social Media

Nigerian singer, Tolani has explained to her fans why she had to take a break from social media, saying that she was diagnosed with a condition last year.

Tolani said the diagnosis brought about the toughest time of her life and she became very shy about appearing on social media or life at all. The singer said this in a message to her fans via her Instagram page on Tuesday, the 27th of July 2021. 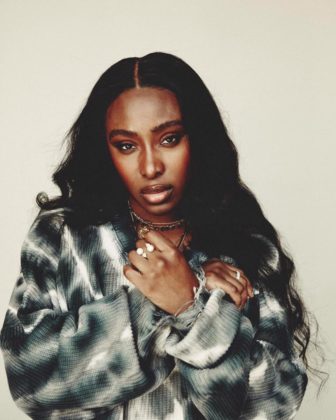 Tolani explained that the worst of it has passed, but her treatment's after-effects greatly affected her confidence, hence her break from social media. She said she recently realized she was alive and that is what matters. Tolani also thanked everyone that reached out.

For over a year now, I’ve been very social media shy… life shy if I’m being honest. Last year l was diagnosed with a condition & it was the toughest season of my life.. But with God and some really special people by my side, I made it through.

I grow stronger every day, and the worst of it has passed… but there have been a few aftereffects of my treatment, one of which has greatly affected my confidence… because it’s quite obvious.

Being in an industry that places a high value on appearance, I found myself unable to reconcile taking medication that helped my mind but affected my weight.

READ ALSO: Who Is Tolani Otedola? Meet Cuppy's Half Sister

I fought with all my heart to be here, and I’ve been feeling quite down that this one ridiculous thing is keeping me hidden. I’m alive! And what a blessing that is, especially in a season where so many people lost loved ones.

I also understood something today… that to stay self conscious about my outer appearance, is to undervalue my inner healing… it’s an injustice to my mind, body & God given creativity. To look in the mirror and be embarrassed of my scars is to disregard how I got them and belittle what I’ve survived.

Many of you guys send me words of encouragement prayers, it means so much. I’m loving making music and slowly making my way back. Thank you for remaining… Gods love & light 🤍