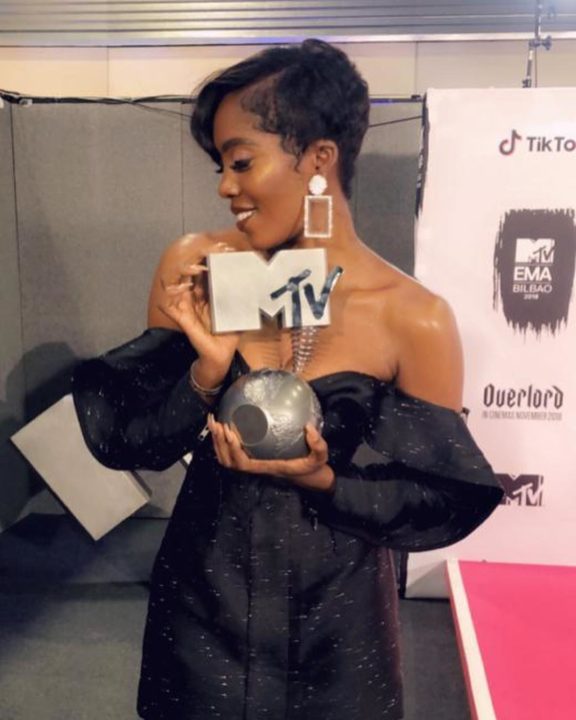 The Award ceremony which held on Sunday, 4th of November at Bilbao Spain had an amazing performance from international stars like American singers, Nicki Minaj and Little Mix, a performance so good it got the internet talking.

This is the first time the Tiwa Savage will be nominated for the MTV EMA which is different from Davido who was nominated and won in 2017. The singer, her Mavin team, and all her fans came all out for the African queen on this one to ensure today is a possibility for her.

The category of the Best African Act consisted of other talented singers like Davido, Fally Ipupa, Distruction Boyz, Shekhinahd and Nyashinski.

Tiwa Savage has released several hit songs and collaborations in 2018 from Tiwa's Vibe to Get It Now down to her latest hit single, Lova Lova with Duncan Mighty.

Congratulations to Tiwa Savage on becoming the first female act to win the Best African Act Award at the MTV Europe Music Awards 2018.