The Major League DJz shared videos of Tiwa Savage working on new music with them in the cut, while in Ghana. The videos were shared via their Instagram stories on Thursday, the 29th of July 2021. 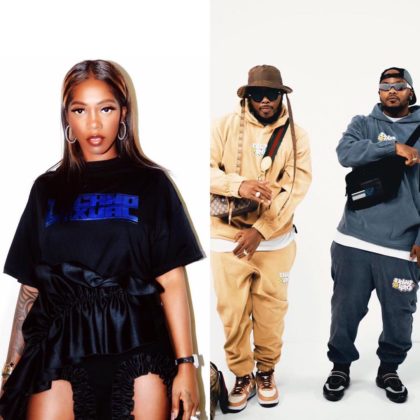 In the videos, Tiwa Savage is seen recording her verses in a full studio session with the Major League DJz and their respective entourages. The singer also reposted the video via her own Instagram stories.

Tiwa Savage has been widely expected to drop her much-anticipated Water and Garri EP this year. However, she has been setback in recent times with the loss of her father and her close friend, Obama DMW.

Tiwa Savage will not be Major League DJz first collaboration with a Nigerian act. Earlier this year, the duo who comprise of brothers, Bandile and Banele Mbere had a session with superstar singer, Wizkid.

The South African amapiano duo are known mostly for revolutionizing kwaito music into modern urban culture of music. Wizkid was also not their first time working with a Nigerian artist, having worked with Patoranking on "Do Better" alongside Riky Riky & Kly.