Nigerian singer, Tiwa Savage has shared a note of congratulations to Tems and Angelique Kidjo on their respective Grammy nominations last night.

Tiwa Savage shared a not of congratulations to her fellow African female acts, Tems and Angelique Kidjo for their recent nominations for the 2022 Grammy Awards. She shared this via her Instagram page on Thursday, the 25th of November 2021. 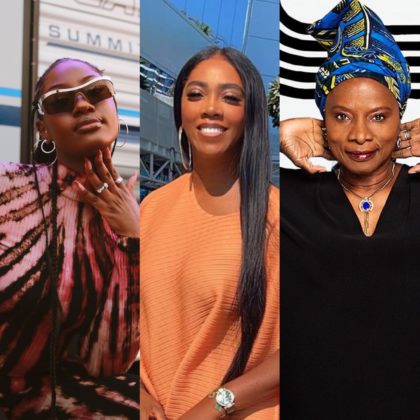 Although she was not one of the nominated artists, Tiwa Savage did not let that stop her from congratulating her colleagues; Tems and Angelique Kidjo.

“Must Be Crack” - Burna Boy And Yonda Clash After Viral Video