Nigerian singer, Tems has shared a teaser for her new music video, Crazy Tings off her latest EP which is set to drop this Thursday.

Tems has shared the teaser for her incoming music video, a visual for Crazy Tings off her If Orange Was a Place EP and it will be released this week. The teaser was shared via her Instagram page on Tuesday, the 19th of October 2021. 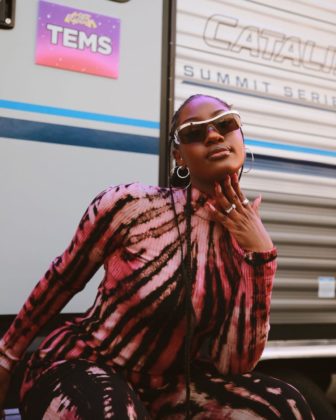 Tems dropped her latest EP, If Orange Was a Place last month to wide acclaim. The project had only one feature which was with American singer, Brent Faiyaz. However, a good run of form this year which included the way Essence blew up and her feature on Drake's new album meant Tems EP was well looked forward to as the next big thing. She did not disappoint as the lead single on the project, Crazy Tings was one of the songs that did really well.

READ ALSO: Sold-Out Crowd Turn up For Tems Concert in West Hollywood... on a Monday | WATCH

Announcing the impending arrival of her new music video for Crazy Tings on her Instagram page, Tems revealed that the video will be released on Thursday, the 21st of October.