WATCH: Tems Performs in New York for the First Time on American Tour

Nigerian singer has performed for the first time in New York City on the second leg of her American tour which kicked off this weekend.

Tems performed at the popular SOBS center in New York last night, making it her second stop on her American tour and we have the video for you. She went on stage in New York on Sunday, the 19th of September 2021. 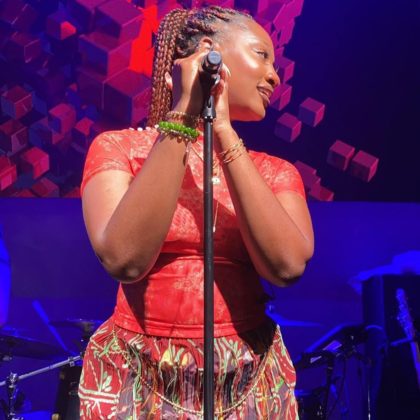 The Sounds of Brazil (SOBS) is a live music concert venue and restaurant located in the Hudson Square neighborhood of Manhattan, New York. Tems’ American Tour started with a concert at Dartmouth College in Hanover on Friday. She then moved to New York on Sunday and will 4 more venues before rounding up in October.

READ ALSO: “I Was Extremely Introverted”- Here’s the Gist of Tems’ Talk with Apple Music

In the video of her performance which was shared via social media, Tems performed her hits songs to her fans in New York and they sang along with her. The singer has enjoyed a steady but rapid growth globally after her contributions to Wizkid’s global smash hit, Essence. Tems also featured on Drake’s latest album, Certified Lover Boy and this has only served to increase her reputation.