Nigerian singer, Tems has seen the lead single off her latest EP, Found featuring Brent Faiyaz go straight to the no. 1 spot on the Official UK Afrobeats Chart.

Tems featured Brent Faiyaz on Found, off the latest EP titled If Orange Was a Place and the love from the UK has ensured a smooth ascent into the top spot of the Afrobeats Chart. This was shared via Instagram on Monday, the 27th of September 2021. 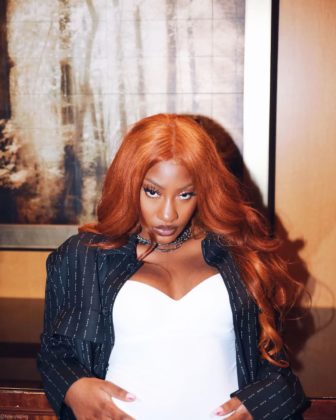 Tems is currently on a US tour and has performed already in New York and even met Rihanna at a Fenty Beauty event there. The Official UK charts announced this via their Twitter page. They wrote;

Tems has already announced the date for her show in the UK and fans are definitely pumped to see her. Tems has grown in bounds since the turn of the year and her collaboration with Wizkid pushed her to new heights. This included a feature on Drake‘s latest album, Certified Lover Boy. Tems also recently dropped another EP titled If Orange Was a Place and it featured American RnB sensation, Brent Faiyaz on the song, Found which has now peaked on the UK Afrobeats Chart.