Nigerian singer, Mayorkun has shared the teaser for the music video to his latest song titled Back In Office which will be released on Friday.

Mayorkun revealed that the new music video was shot by TG Omori, while also unveiled the teaser for the Back In Office visuals. He shared the teaser via his Instagram page on Wednesday, the 6th of October 2021. 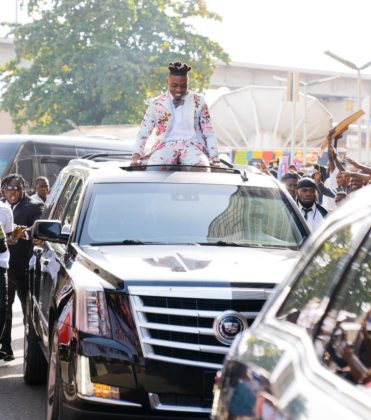 Produced by popular beatmaker Speroach Beatz, Back In Office counts as Mayorkun’s second official single for 2021. It serves as a follow-up to his previous single, the Clemzy-produced ‘Let Me Know. Both songs are released in the lead-up to the singer’s sophomore album which is set to be released this month. The album is coming three years after his debut album, Mayor of Lagos which contained smash hits like Mama, Tire, and Bobo.

While unveiling the teaser for the new music video, Mayorkun revealed that the video which drops on Friday will be premiered early on Trace Naija tomorrow.