Ghanaian singer, Stonebwoy has announced that the date of his UK Concert has been moved up due to it clashing with Wizkid's Made in Lagos Tour.

Stonebwoy who has moved his UK concert date multiple times had to move it again when Wizkid announced a new date at the O2 for his tour. The singer shared this news via his Twitter page on Wednesday, the 1st of August 2021. 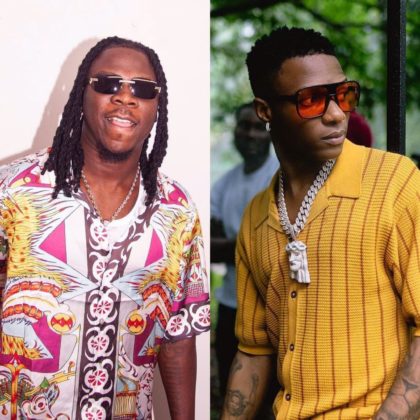 Making the announcement, Stonebwoy told his fans that he understands their frustration with the constant change of dates. The concert was originally meant to be held last year until the pandemic hit and it had to be moved even though fans had bought their tickets. It was set to be held on the 28th of November this year, but Wizkid adding another date to his O2 concert put a spin on things. Stonebwoy writes;

The #StonebwoyAJTUK has been moved a few times because of Covid since it's announcement in 2020. It was re-announced weeks ago still with all purchased tickets valid. LDN 28 Nov though falls on BIGWIZ #MILTour. Bear with me. We are working on pushing the date up in the month of Nov. With Live nation, no matter how it goes. #StonebwoyUKTour will be a reality. Thanks for the Love and Support #AfricaToTheWorld