Nigerian hip-hop artist and lawyer, Folarin ‘Falz’ Falana agreed with the Presidency on setting up a State Judiciary Panel of Enquiry into all cases of Police Brutality. 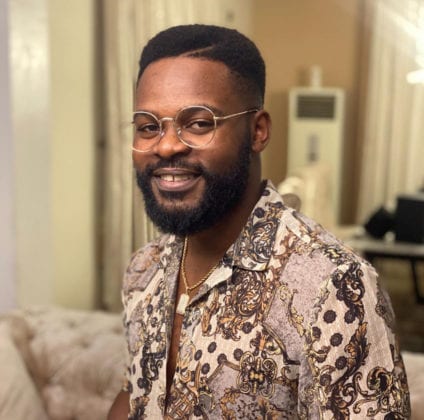 Falz took to social media to support the Presidency on setting up State Judiciary Panel of Enquiry into all cases of police brutality across Nigeria. In his words:

Presidency don talk say make every State set up Judiciary Panel of Enquiry into all cases of police brutality. Me I no think say e bad, I think say na one step towards justice. I’ll tell you why? This is what the panel is supposed to do, all of them will sit down and dem go listen to everybody wey get Police case, dem go ask you say wettin happen on so so day,  Wettin this policeman do to you, Oya bring your evidence. Dem go collect the case, collate all the evidence and make a recommendation to the Attorney General of the State where there is a criminal offense.

The “Bop daddy” crooner further educates the public on the penalty for every offense committed by any Policeman found guilty by the State Judiciary Panel of Enquiry. In his words:

Guess what, when a policeman shoot person, na the offense of murder. When police officer beat person to stupor, na the offense of torture. When police officer carry you go ATM, say make you withdraw money and e point gun for you, na the offense of armed robbery. All these offenses are well with the jurisdiction of State offenses. So the Attorney General of State can definitely persecute for these offenses. So don’t let any State Governor come and tell you that oh ehn the State does not have power to prosecute, you can prosecute. So this is a step in the right direction.

Falz further expressed that he doesn’t have any intentions to be amongst the selected few that will be chosen to make up the panel. Instead, he would rather prefer to be amongst the framework of the youths that personally monitor the panel processes.

I think it’s a step towards achieving number 2 & 3 on our #5for5 and towards getting Justice for everyone that has been wronged! #EndSars