#ENDSWAT: “We have to start holding people accountable, that’s the only way forward” – Falz

In the rise of the #ENDSWAT protest, Nigerian rapper, Falz The Bahd Guy has stated clearly that Nigerian politicians and public office servants need to be held accountable for everything placed in their care as there a lot of things that are not working the way they should. 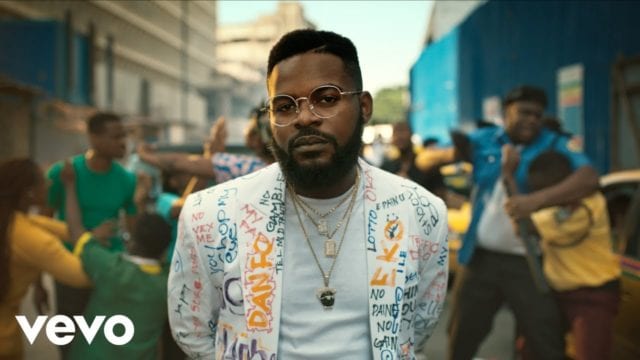 The socio-conscious rapper used The Nigerian Police Force as a clear example of malfunctioning systems in the country highlighting a trust fund that is supposed to be allocated to the police but not even in existence.

According to Falz The Bahd Guy, the only way we can start having fruitful conversations in Nigeria is when people are held accountable for the job they have been employed and appointed to do.

Read his statement and video below;

Catch tghuis cruise, do you know that the human rights commission is actually charged with the responsibility of handling cases of human rights violation and ensuring prosecution of offenders? Now this is tesame human rights commission that the federal government has asked to set up another panel to perform its functions?… Do you also know that the Human Rights Commission has remained without a governemin council since 2015 and by law, without this governing c Council, the human rights commission cannot perform its function. Is it that they don’t know or they don’t are about our human rights? Catch another cruise. Do you know that there’s something called the Police Trust Fund? In this Police Trust Fund, 0.5 percent of the total money in the federation account is meant to go into that trust fund, 0.05 of the total net profit of all companies operating business in Nigeria, do you know how much that is? that money is meant to go into the police trust fund. There’s a long list of some other things that are mean to go into that trust fund… where is the police trust fund because they’re not being paid well, their cars are not road worthy, the police stations are uncompleted buildings, police have to convert exhibits for their personal use in the offices, it’s disgraceful! the state of the police right now. we have to start holding people accountable, that is the only way we will be able to move forward