Social Media Debates Who The Bigger Artiste Is Between 9ice & Flavour

The Nigerian social media space is currently in eruption over the debate about who the biggest artiste is between 9ice & Flavour. 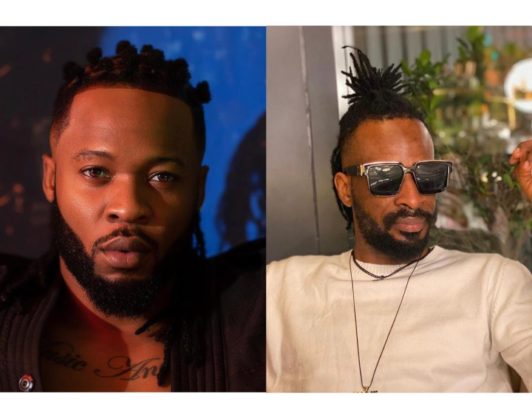 9ice, a prolific afro-fusion artiste who solidified his presence in the music industry with his 'Gongo Aso' album in 2008, is known for his powerful use of the Yoruba language in his music as well as his proverbial lyrics and unique style of delivery.

Flavour, a singer, songwriter and multi-instrumentalist, announced his presence on the music scene with his hit song "Nwa Baby", a song inspired by legendary Nigerian singer Rex Lawson's song 'Sawale'.

On the 4th of August 2021, the Nigerian social media space, precisely the government banned Twitter, sprung up with a debate revolving around who is the bigger artist between the two. The ongoing debate has seen different perspectives and takes as some went for 9ice while others feel Flavour is a bigger artist. 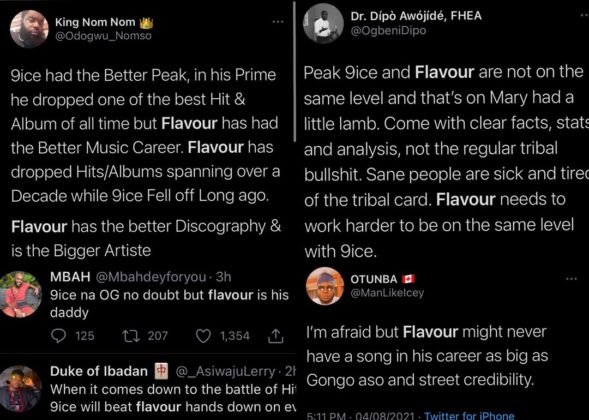 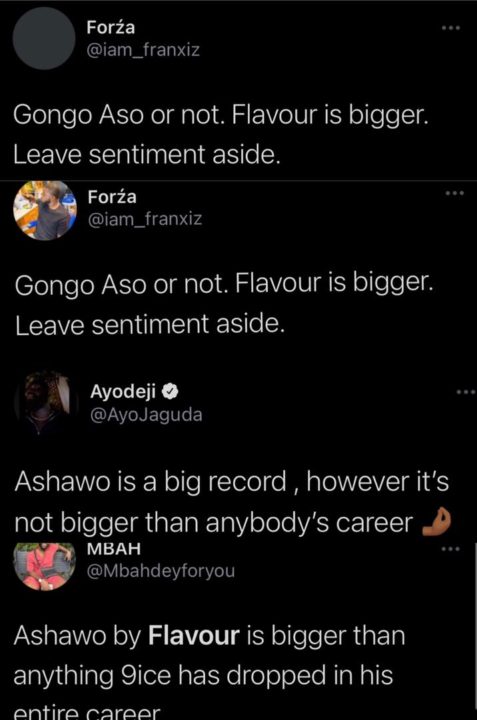 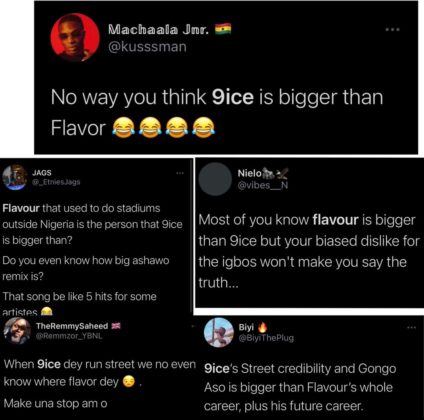