Nigerian superstar, Wizkid kicked off the 3-day concert at the popular O2 Arena with appearances from the likes of Skepta and Ella Mai.

Wizkid hit the O2 Arena for the first day of his 3-day concert and he was joined on stage by his fellow collaborators like Skepta, Buju, and Ella Mai. The show was held on Sunday, the 28th of November 2021. 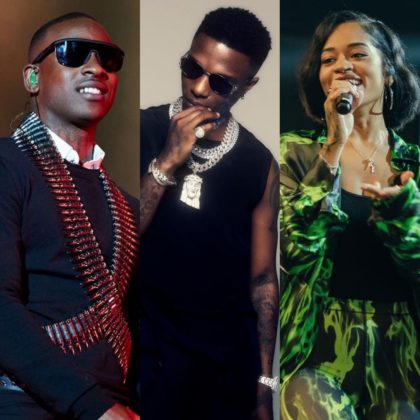 Skepta, Ella Mai, and Buju were all featured on Wizkid's Made in Lagos album and they performed their collabs with Big Wiz at the O2 arena. Skepta performed Longtime with Wizkid while Ella Mai and Buju performed Piece of Me and Mood respectively.