Legendary Nigerian musician, Sir Victor Uwaifo has been declared dead at the age of 80, following a brief illness.

The family of Sir Victor Uwaifo confirmed that the legendary singer was dead to the Nation Newspapers on Saturday, the 28th of August 2021. 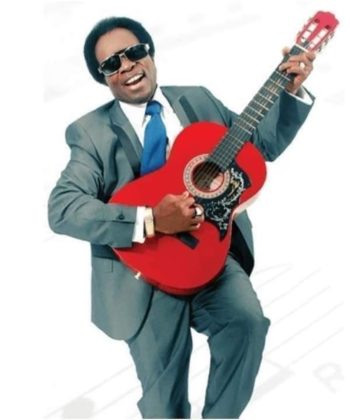 The legendary singer was fondly called "Guitar Boy" by fans and friends alike. He had just celebrated his 80th birthday in March.

Sir Victor Uwaifo will also be remembered as the very first first Commissioner for Arts, Culture and Tourism in Nigeria. He was also the first professional musician to be awarded with the National Merit Honours of Member of the Order of the Niger (MON).

The legendary Sir Victor Uwifo was declared dead today after a stellar career which also saw him recognized as one of the most educated musicians of his generation. Until his death, he possessed a B.A Hons (First Class), Masters degree and Ph.D in Architectural Sculpture from the University of Benin in Nigeria

Sir Victor Uwaifo was also the winner of the first gold disc in Africa for his hit song, Joromi. He went on to claim seven other gold discs in his career.

Rest in peace to a true legend.