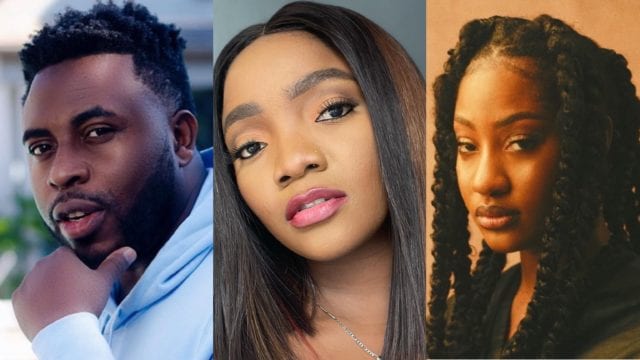 On the 7th of March 2021, Samklef made a tweet about the backside of Tems stating he couldn't wait to see it and asking his followers if they were also anticipating to see her butt. His post; 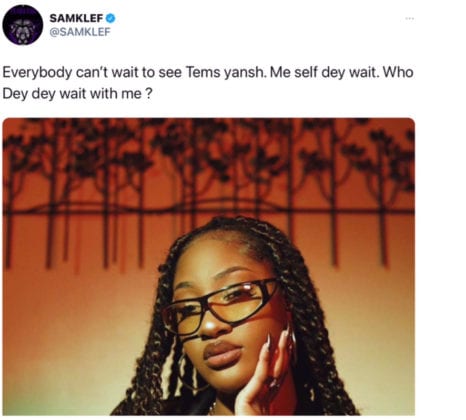 Samklef’s tweet about Tems backside irked Simi and she immediately expressed her disgust at his insensitive tweet sexualizing the soul singer. She replied;

“Wtf is wrong with you?” 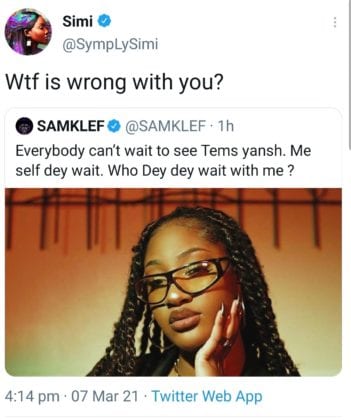 Samklef didn't let things slide as he returned to Twitter to tackle Simi via a series of tweets after stating that she could have sent him a direct message rather than calling him out publicly. The tweets;

As at the time of filing this report, Tems hasn't responded or made any statement in respect to the tweet in which she was sexualized. Also, we earlier reported about the music producer’s claim that he ‘created afrobeats’.