Ghanaian dancehall star, Shatta Wale has revealed in a recent chat with Mr Eazi that the Nigerian singer inspired his forthcoming album.

Mr Eazi had told Shatta Wale that he should release his album via the Empawa platform, to which the latter said he has no issues. This happened on Twitter on Thursday, the 12th of August 2021. 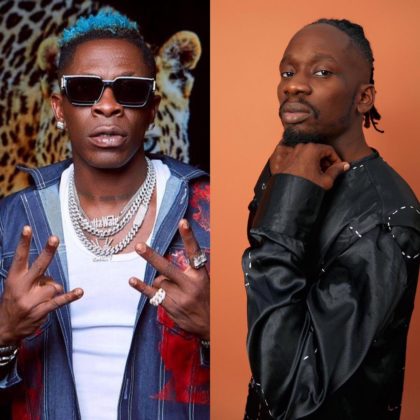 Shatta Wale has gone on Twitter to reveal that he was feeling nervous about his next album. He said, "Am scared of my album 😂😂😂😂". Mr Eazi replied to him asking him to bring his album to be released under the Empawa platform, "Shatta bring it to Empawa make we partner put am out together #AfricanOwnership". Shatta Wale did not hesitate to agree with him and revealed that the Nigerian singer did inspire the album. In his words, "You inspired this album so anything you say my boss 🙏🏻" 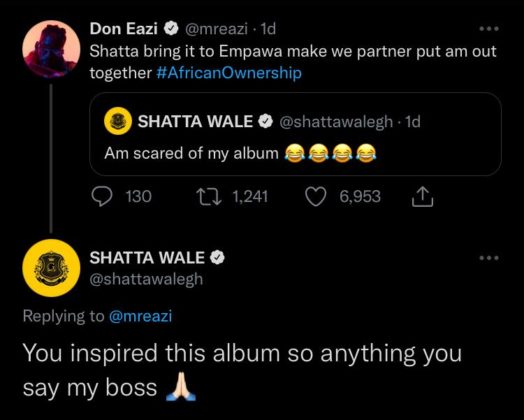 Shatta Wale and Mr Eazi have already collaborated on a song this year, Haters which was released by the Ghanaian star. It's very likely we might be seeing the song appear on Shatta Wale's next album.