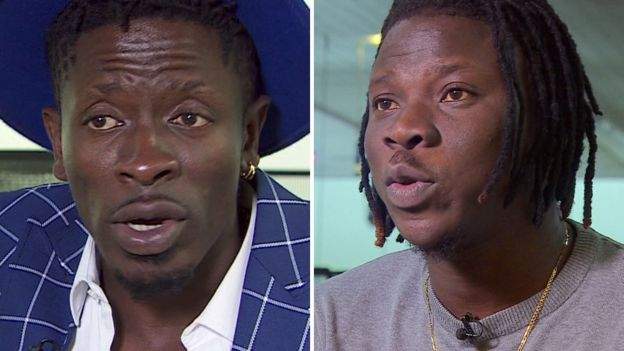 Ghanaian dancehall stars, Shatta Wale and Stonebwoy, have been released on bail after they were arrested for getting in a brawl during Vodafone Ghana Music Award (VGMA) 2019.

According to reports, Stonebwoy and Shatta Wale will be later arraigned in court with no specific date or any word on the charges against them.

There was also a third arrest of a pepper spray user during the fight who has also been released on bail.

According to the police;

"The police in no uncertain terms condemn the disturbance and assure the public and fans that it will handle the case with the needed attention it deserves,"

Stonebwoy and Shatta Wale's camp had gotten into a fight on the night of the Vodafone Ghana Music Award where Shatta Wale and his crew climbed the stage after Stonebwoy was announced the winner of the Reggae/Dancehall Artiste of the Year category.

Although Stonebwoy has apologized for his actions, Shatta Wale hasn't made any statement so far on the issue.