Kokomaster D’banj and Afrobeat living icon Seun Kuti have announced that they are dropping a tune together. 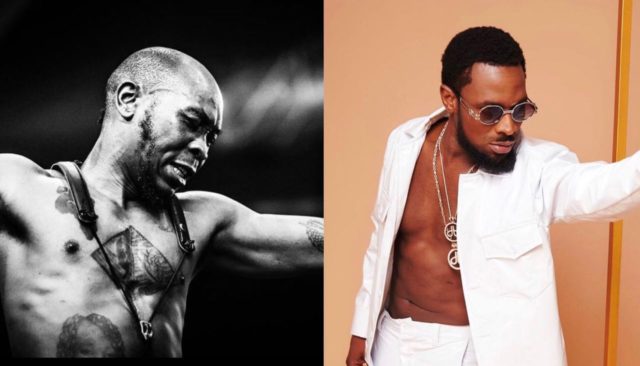 Veteran Afrobeats singer, songwriter and ace performer Oladapo Daniel Oyebanjo, popularly known as D’banj, and Afrobeat living icon Seun Kuti, have announced that they are dropping a tune together.

Titled ‘ Stress free’ the tune is scheduled to drop this Friday, 1st of October 2021, which is also Nigeria’s independence day.

Making the announce today 29th of September 2021, Seun Kuti, son of Afrobeat pioneer Fela Kuti, took to his Instagram page to reveal the collaboration, alongside a video snippet of the song. He wrote:

The snippet indicated that the song is a proper Afrobeat song just like D’banj’s last tune ‘Banga’ in which he employed the service of the Egypt 80 Band – a vicious musical group created by the Legendary Afrobeat Pioneer (Late) Fela Anikulapo Kuti and still plays for Seun Kuti.

The colourful video of the song which might drop alongside the song was directed by ace Nigerian cinematographer Clarence Peters.