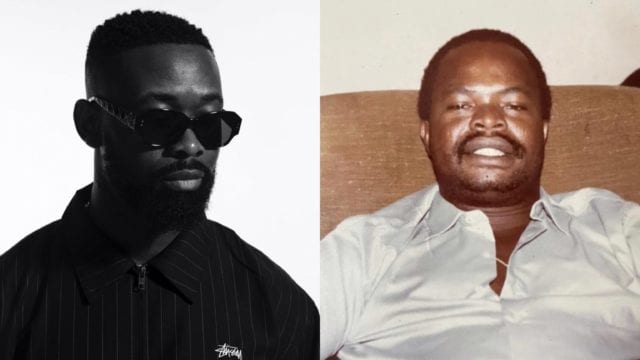 A collage of Sarz and his late dad

The bereaved music producer took to his social page on the 23rd of April to pen down an emotional message as he notified the public that his father has passed on. He wrote;

“Even in the face of death, you fought till your last breath and for that I'll never give up in life. It doesn't make sense writing RIP before your name but God knows best. Rest well Dad❤️🕊”

From all of us at Notjustok, we send our sincere condolences to Sarz over the loss of his father.