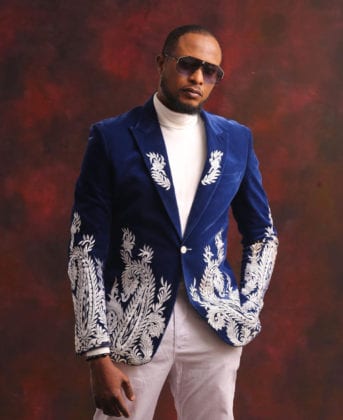 The bereaved singer took to his social media page on the 22nd of February 2021 to announce the sad demise of his twin sister, Ifeyinwa. The singer disclosed it was a sad day for him and his family following the passing on of his twin sister. Faze wrote;

“It’s a sad day. My Twin sister has left me just two days to our birthday. We the Oji family take strength in knowing that she’ll never have to deal with this world’s problems anymore. We know she’s in a better place now”. 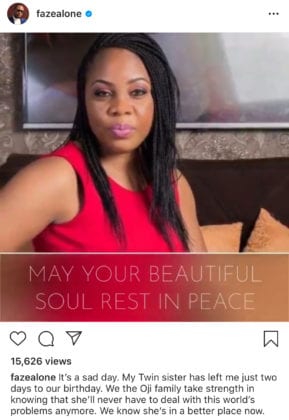 Faze was a member of defunct boy group, Plantashun Boiz and was the brain behind the smash hit single, Need somebody.

From all of us at Notjustok, we send our sincere condolences to Faze over the loss of his twin sister, Ifeyinwa.