Sarkodie Explains How He Made New Song with Vic Mensa | WATCH

Ghanaian rapper, Sarkodie has spoken in a new interview about how he got to make his new song with American rapper, Vic Mensa who is also of Ghanian descent.

Sarkodie told The Twisted Talez during a recent interview that he found out he was one of Vic Mensa's favorite artists and then decided they had to make a song. The interview was shared via YouTube on Saturday, the 4th of September 2021. 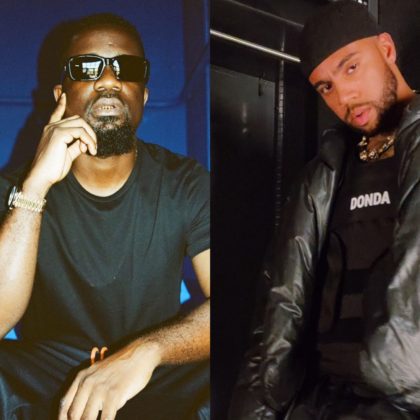 Sarkodie said he knew Vic Mensa from when he made a track with Kanye West which he was a fan of. He said he was also pleasantly surprised to find out that Vic Mensa was Ghanian. Then Sarkodie watched an interview on Ebro where the American rapper mentioned him as one of his favorite artists. He continued;

Since then, we kept up on social media, moved to Whatsapp, then he told me he was coming to Ghana. He came around the time I was doing the writing camp. So it was just a perfect vibe.

Vic Mensa recently appeared on Sarkodie's song, Vibration off his latest album, No Pressure. The song also has a music video doing well on YouTube.

WATCH THE INTERVIEW BELOW: