Jonzing Records singer, Ruger is set to drop his second EP which he has titled The Second Wave, announcing that the project will drop later this month.

Ruger has revealed that his second project, another EP titled The Second Wave will hit all streaming stores on the 26th of this month. He shared this via his Instagram page on Tuesday, the 16th of November 2021. 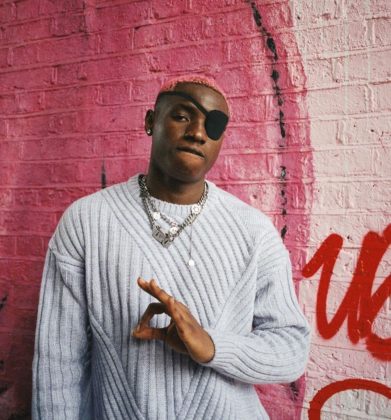 On being unveiled as a Jonzing Records act earlier this year, Ruger dropped his debut EP titled Pandemic which birthed the monster hit, Bounce. Ruger is determined not to keep his fans waiting too long for another masterpiece from him.

READ ALSO: Ruger Breaks Down the Lyrics of his Hit Single 'Bounce' on Accelerate TV | WATCH

Announcing the title of his second EP via his Instagram page, Ruger took the time to thank everybody who has a part to play in the creation process. He wrote;

RU NATION !!! On 26/11/2021, we feast on THE SECOND WAVE 🥺. Thanks so much for sticking with me from the beginning till now. I love you so much 🥺❤️.
Big thanks to my entire team @thejonzingworld starting from @dprincemavin THE EL JEFE for being such a great boss and mentor to me and also a major influence on this project, thanks to @kukbeatz for kuking (producing) every beat on this project and also being a true big brother, I appreciate every executive in my team @seanokeke , @afolabiararomi , @7__speed , I appreciate every creative on my team @lunickuri, @_thesilk, @okhai__ , @rozaythavillain and my entire team in the UK 🇬🇧

AND A SPECIAL THANKS TO THE MOST HIGH GOD for filling my life with grace.