Nigerian singer and vocal powerhouse, Tems has been featured on Drake's latest album, on a song titled Fountain and the early reactions are very positive.

Drake enlisted Nigeria's very own Tems on one of the songs on his new album, titled Fountain and we have the early reactions for you. The song was dropped on Friday, the 3rd of September 2021. 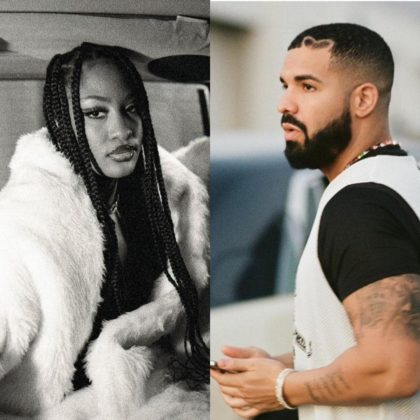 Furthermore, Drake describes the album as "a combination of toxic masculinity and acceptance of the truth which is inevitably heartbreaking." It was executively produced by himself, Noah “40” Shebib, Oliver El-Khatib, and Noel Cadastre.

Among the reactions to Tems' new feature on Drake's song, Vibe Magazine editor, Christine Imarenezor sent love to Tems and the other female feature on the album;

Love to Tems and Yebba. I celebrate them both and look forward to more from their bright futures. 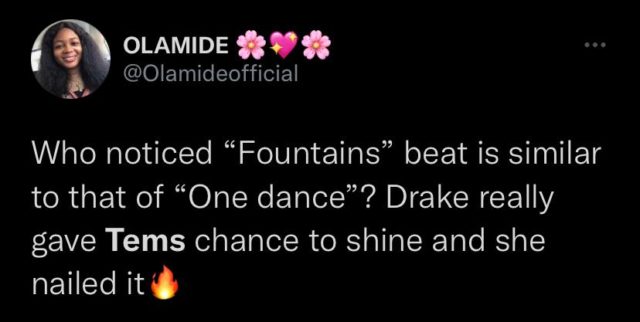 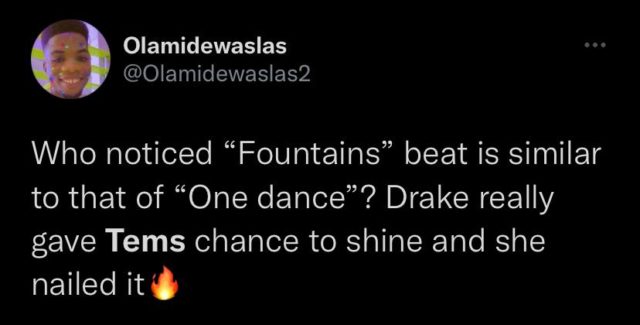 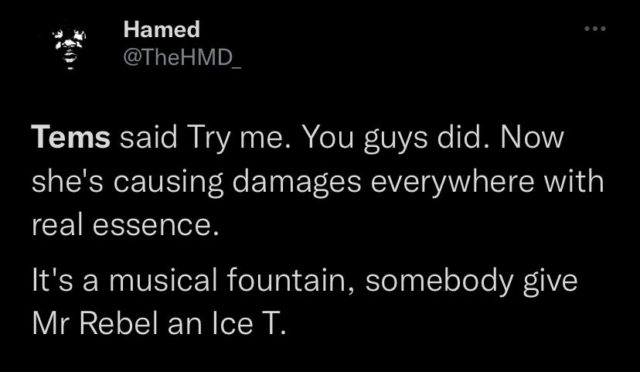