Reactions From Disappointed Fans In Canada As Burna Reschedules Show 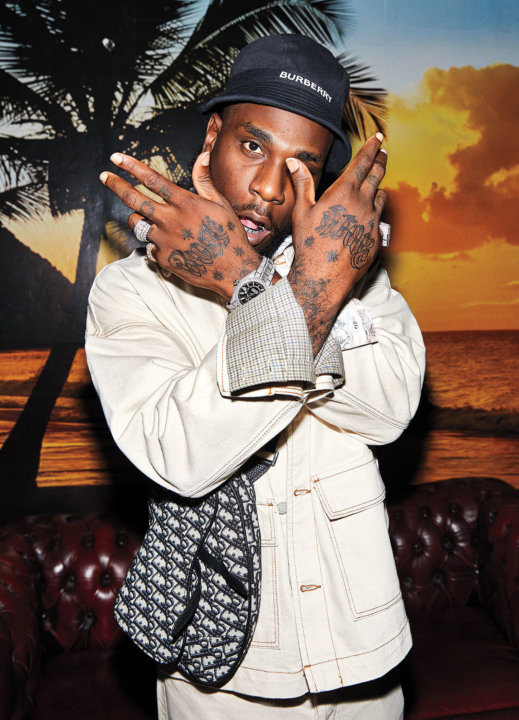 Fans of Burna Boy in Toronto, Canada were disappointed last night, 9th of August when the star did not show up after they waited for long.

The fans made this news public when they could no longer wait for Burna Boy who gave no prior notice of cancelation before then.

Fans of #Burnaboy last night when he couldn’t make it to his show in Toronto, Canada due to airport wahala … SWIPE to hear what #Burna has to say #afrobeats #Notjustok

On the other hand, Burnaboy later tweeted he was stuck at the airport in Detroit trying to get cleared and that was proving more difficult than expected.

Still stuck at the airport in Detroit as I have been for many hours, my heartfelt apologies to all of you that came out to see me in Toronto! We’re working tirelessly to make it happen next week . I’m too close to go back home without a show. pic.twitter.com/3ORX3fSg8s

Fans who had left their job and various engagements were not happy about the ordeal and they made that known on social.

Of course Burna Boys dumbass management couldn’t do due diligence when coming to Canada. You can’t check regulations before entering a country you’ve never been to before ?

People came hours away to see burna Boy. I for one came 5 hours away just for this concert. Just for them to tell ya at 10:30 pm that he wasn’t coming out and that they’ll reschedule next THURSDAY as if ppl don’t have jobs ? Lives ?

According to @cocoolatseh, she implied that Burna Boy has a record hence the issue at the airport because according to her, you can’t enter Canada with a record.

You can NOT enter Canada with a criminal record. Yes Burna is a British citizen so visa is not required but he DOES have a record. No one could flag this????????

Burna Boy has, however, reschedule the date for the show to next week Thursday but many expressed their disappointment stating they won’t attend a rescheduled show.

When you take a nap, drink some Tequila, nothing really phases you. I got the news about Burna’s cancelled concert at 7pm when I woke up, therefore my plans switched up accordingly! However I need to give these tickets out cos I can’t make any rescheduled shows.

Really disappointed in Burna. Not the first time he's having these logistics issues.
I have a friend that flew in from Newfoundland. She was so sad and angry. https://t.co/EWiwSzTpm3

My Canadian TL was really ready for Burna! That sucks that he canceled last minute. Literally.

Some people flew down to Toronto!! Do you know how much it cost to travel within Canada??????

Paid $130 for a show and the artiste doesn’t show….I’m not even angry. Nigerians just carry incompetence everywhere and we’ll wonder why our country is crap. It’s the little things