Nigerian superstar singer, Wizkid has dropped the much-awaited remix for his global hit song, Essence and we have the top reactions for you.

Among the reactions to the remix for Wizkid's Essence, some fans wondered why Justin Bieber was chosen to feature on it. The song was dropped on Friday, the 13th of August 2021. 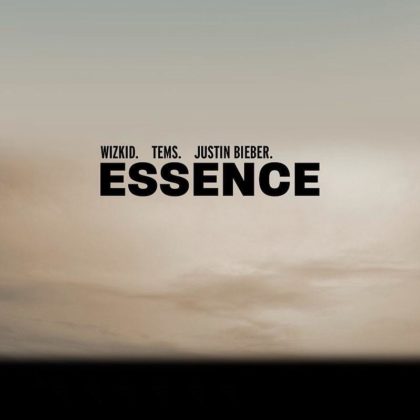 Albeit the success of his internationally acclaimed record Essence, Wizkid wants the bar raised. The Starboy Entertainment frontier act takes it to a new level as he enlists Canadian superstar, Justin Bieber for the song, alongside Tems.  Wizkid has also announced the release of a deluxe version of Made in Lagos, his latest album.

Among the reactions, Nigerian music journalist OneMotolani says that the remix was necessary as a crossover genre. He said the feature will take Essence into a market beyond black Americans and make it a truly global hit. In his words;

Most crossover genres need a stimulus package. That's what Justin Bieber will do to Wizkid's 'Essence (Remix).' When it comes to business, you need to focus on what benefits music capitalism, not your emotions or your idealism because capitalism doesn't care.

What will happen now is a proper penetration for 'Essence' beyond predominantly black communities. White America will lap this up and put it on TikTok. The label will smartly jump on it and amplify, and the record will go crazy on the charts. 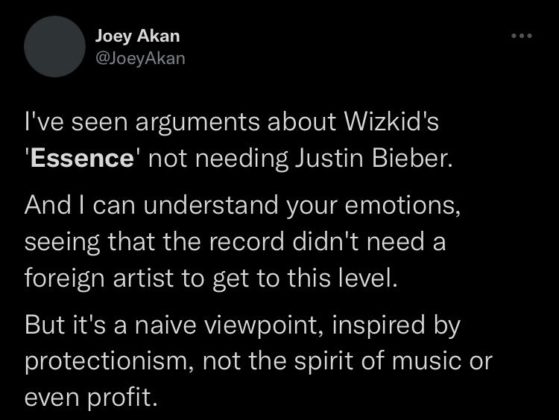 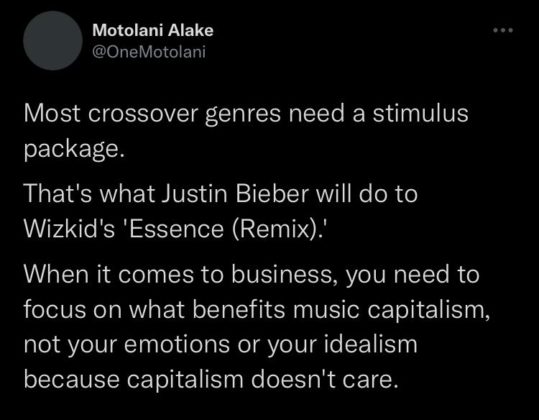 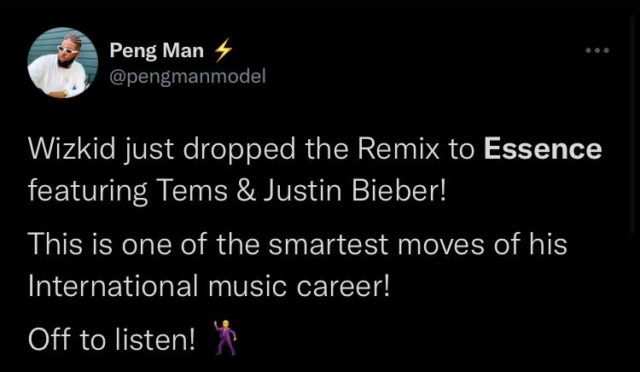