Quavo Reveals Davido As One Of the Artistes To Feature On His Solo Album, ‘Quavo Huncho’ 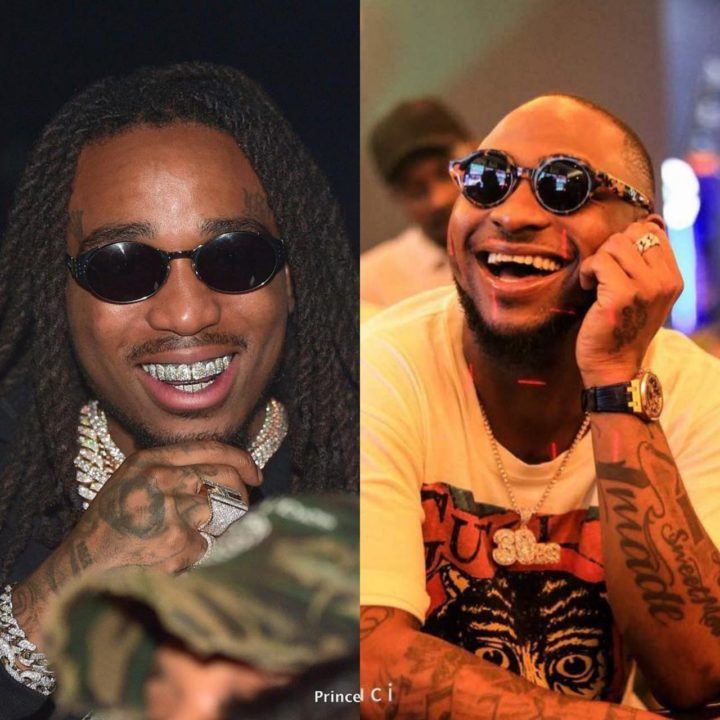 Earlier this year in May, Davido and Quavo had linked in Atlanta and speculations of a possible collaboration were made.

Well, speculate no more as Davido has been revealed to be among the top artistes to feature on the upcoming album of  American rapper, singer, songwriter and record producer Quavious Keyate Marshall, professionally known as Quavo who is also a member of the Migos trio.

This revelation was made on Instagram earlier today by the American rapper who captioned the names released as “Pre Season Cut and not Final cut” which means more names are still going to find themselves into the rough sheet of paper the names were written on.

This is good news for Davido, who was earlier featured on a record with another member of Migos, Offset in Sina Rambo’s new song Lamborghini. and also in Versace where Davido had teamed up with Future, Migos, Nasty C and Young Thug.

The Nigerian pop star didn’t just show his appreciation online with a “Thank you Brother” message to Quavo, he also promises fans to watch because, as usual, it is going to be lit!

Quavo is related to his fellow Migos members, being Takeoff’s uncle and Offset’s cousin.