#BBNaijaReunion: Prince Regrets Relationship With TBaj, Admits He Messed up With Dorathy

In the latest episode of the BBNaija "Lockdown" reunion show, Prince has admitted he messed up with Dorathy, while regretting his relationship with TBaj. 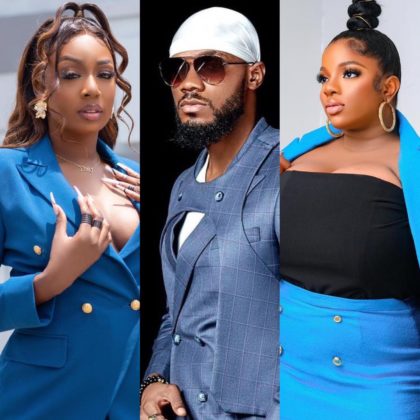 The latest episode of the BBNaija Reunion show aired on Friday, the 25th of June 2021. On this episode, the discussion centred around the love traingle between Prince, Dorathy and TBaj. Prince said he felt he was cool with Dorathy until he woke up one day and she had blocked him on all platforms. He tried every means to reach her even with his brother's phone but she blocked that one too. Prince admitted her screwed up and was just trying to apologize to her.

Dorathy on her own said she felt Prince was manipulative and was not totally sincere with her on his situation with TBaj. She explained that Prince was her friend in the house and she expected he would kick off with TBaj as soon as they left the house. Prince started getting evasive when she tried asking for the status of things between them. She concluded by saying that was the reason why she blocked Prince. TBaj is also not obviously on her friends list because she stated that she hates how her fans engage in Twitter wars.

READ ALSO: #BBNaijaReunion: Ka3na Reveals Why She Unfollowed All the Housemates | Watch

TBaj claimed that Prince was clout-chasing with their relationship, that's why it was never destined to work. She explained that he was chasing clout because he wanted to reach 1m followers. According to her, Prince even bought followers but he's still stuck at 929k. To this, Prince replies, “I’ve never bought social media followers. I don’t care about social media.” TBaj also revealed that she saw Prince and Lilo kissing at the back of the bus in the last Saturday Night Party. Prince said he did not want to do it, but Lilo was drunk and she initiated it.