Nigerian singer, Patoranking has dropped the tickets for his headline concert tagged Big Name billed to hold in Lagos this December.

Patoranking kicked off the anticipation of his Big Name concert in Lagos this December with an announcement of the tickets being released, starting from the early birds. He announced this via his Instagram page on Tuesday, the 23rd of November 2021. 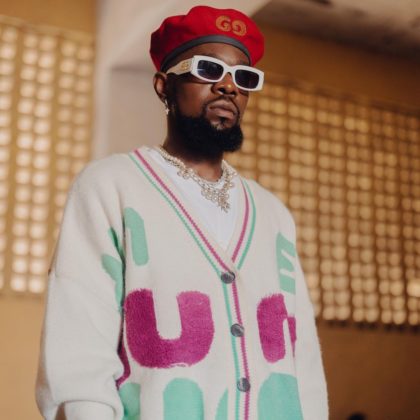 This will be the singer's first headline concert in Nigeria, after about 7 years in the game. The singer has a solid discography including, three albums; God Over Everything, Wilmer, and Three which was released just last year. The Covid-19 pandemic last year stopped any major concerts from taking place, so Patoranking as well as other artists could not put up their intended shows as planned.

Announcing the release of the tickets for his headline concert, Patoranking also revealed that the show will take place at the Eko Convention Center in Lagos this December. The concert is billed to take place on Boxing Day, Monday the 26th of December 2021. Although Patoranking did not release any new album this year, he followed up his Three album last year with the monster smash hit, Celebrate Me.