Nigerian singer, Patoranking looks set to feature on dancehall legend, Beenie Man’s next album going by the video we have of them together.

Beenie Man shared photos and a video of himself with Patoranking and captioned it with the title of his upcoming album, Simma. He shared this via his Instagram page on Tuesday, the 28th of September 2021. 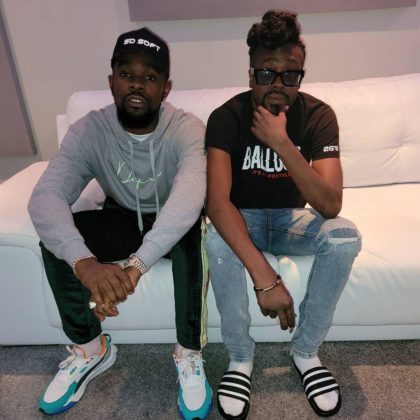 Beenie Man has been teasing the drop of his 19th studio album, Simma for a very long time. His last studio album, Undisputed was released more than 13 years ago. Simma was meant to have been released in August last year, but was pushed back by Beenie Man due to “personal challenges“. The album has been said to feature the likes of Shaggy, Sean Paul, Popcaan,  more with Patoranking now joining that list.

In the video snippet, Patoranking and Beenie Man can be seen dancing to their song together off the Simma album. Sharing the photos of himself and Pato, Beenie Man wrote, “#SimmaTheAlbum“.