Defunct Nigerian duo, P-Square celebrated their reunion and birthday last night and in one video, they performed for the first time in years with Don Jazzy.

P-Square held their birthday party last night with friends and family in attendance, and in one video, they performed their hit song with Don Jazzy titled Collabo. The video was shared via Instagram on Friday, the 19th of November 2021. 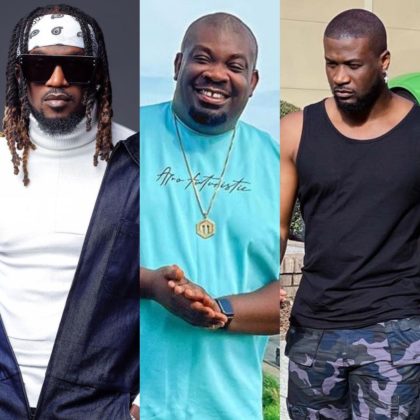 The twin brother, Peter and Paul Okoye split over 4 years ago following a disagreement and they went on their respective solo careers. Peter rebranded himself as Mr P while Paul became Rudeboy. Earlier this week, they however followed themselves again on Instagram leading to widespread excitement from their fans. This was soon followed with a  video of the brothers together for the first time in years, and they were hugging and smiling.

In a new video which was from their birthday/reunion party last night, P-Square teamed up with Don Jazzy to serve the audience a performance of their hit song together. The duo have served their fans countless hits during their time together and Collabo with Don Jazzy is one of the biggest.