P-Square, like Davido, has issued an account number and asked their fans and well-wishers to donate money to them. 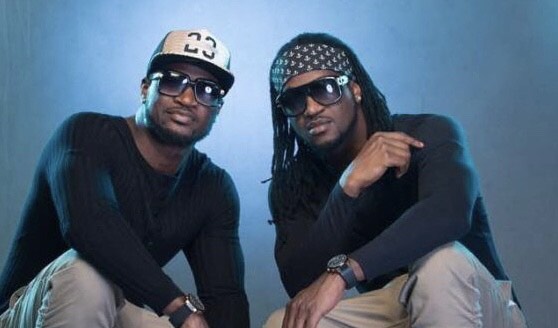 Iconic Nigerian singing, songwriting, and performing duo P-Square have walked in the footsteps of their colleague Davido by setting up a request campaign, urging their fans and well-wishers to donate to their bank account.

Recall that DMW frontline act, Davido, made a frenzy on social media yesterday after he jokingly asked his friends and those he has helped to send him one million each. Surprisingly, the afrobeats poster-boy racked in more than one hundred and forty million naira in the campaign, as friends showered him with way more love than he expected,

P-Square, who were seen in a video together for the first time in four years after the brothers reconciled and squashed their beef, have also released a similarly requested campaign, requesting donations for the course.

One half of the duo, Paul, popularly known as Rudeboy, kicked off with popular billionaire Obi Cubana, asking him to send them money and, as well, urging their fans and well-wishers to show Davido that their campaign can surpass his as "two heads are better than one". He wrote:

Starting from @Obi_Cubanaa ….. let’s show at @davido that 2 heads are better than 1 #doubledouble 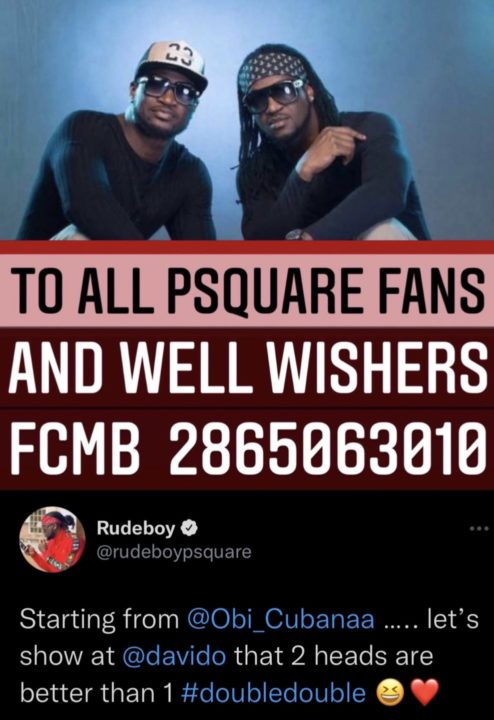 The duo of Peter and Paul Okoye, also known as P-Square, whose birthday is today, November 18, 2021, were seen in a new video where they shook hands with themselves, showing they had reunited. The video was shared via Instagram on Wednesday, November 17th, 2021.