Favorite Nigerian duo, P-Square who have split for a while now might be on the road back to reconcile as they have followed themselves back on Instagram.

The P-Square brothers, Peter and Paul Okoye have been doing their solo careers since the split but fans have called for them to reconcile with each other even as they have now followed themselves again on Instagram. This was revealed on Sunday, the 14th of November 2021. 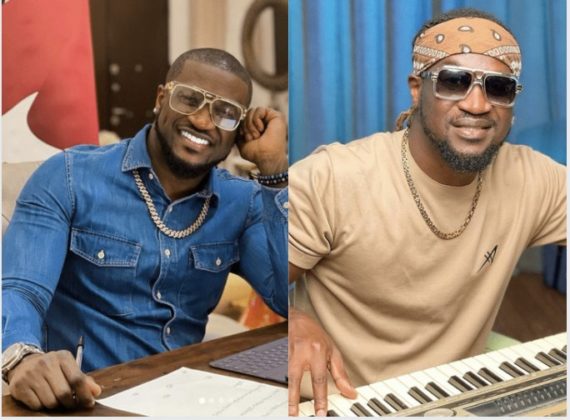 What P-Square following each other on Instagram means for their  fans call for them to reconcile will be left for us to see. The duo have not done badly in their respective solo careers. Peter rebranded himself as Mr P while Paul became Rudeboy dropping hits like Reason With Me. 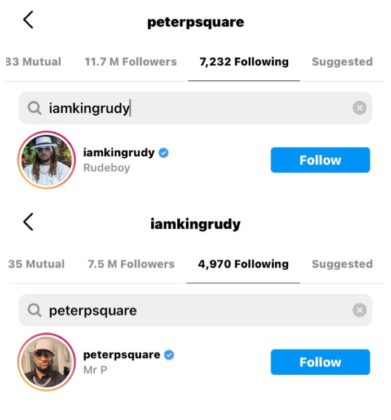 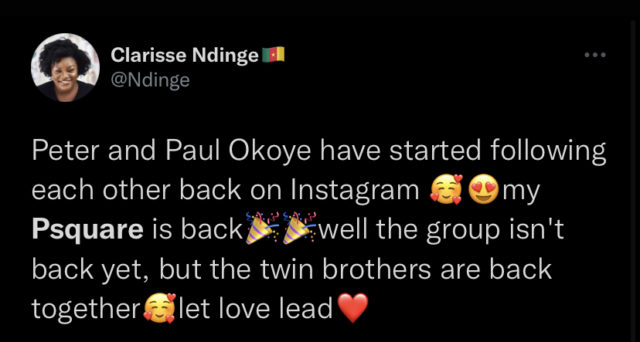 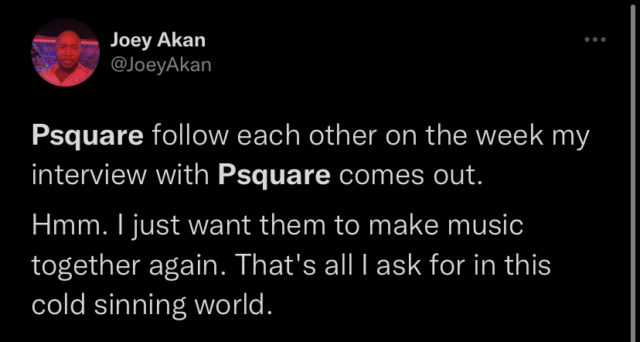