Nigerian singer, Mr P has blasted fans who claimed he and his sibling, Rudeboy could’ve won a Grammy if they were still together as P-Square. 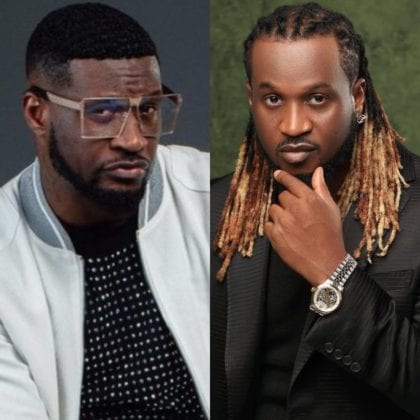 Speaking in a live interactive session with fans via his Instagram account on the 21st of March, Mr P cited comparison by fans as one of the major reasons why the duo (P-Square) went their separate ways. He stated;

For those trying to troll us, if it is painful for you, it’s not painful for us. You guys don’t matter anymore. Let me say it openly, if you are a P-Square angry fan, you guys don’t matter anymore. It’s not about you guys anymore, it’s about us. Go and deal with your sour. Don’t let me hit on you guys because you guys don’t even deserve it. Because you guys are among the people that contributed to the break-up. Two brothers doing their own thing, you try to say one is better than one. Una don get wetin una want.

Mr P further commented on how fans comparison is negatively affecting the relationship between Wizkid and Davido and the sad event that could eventually play out. He said;

You guys are doing that to Davido and Wizkid, maybe when they start taking arms and killing themselves; you guys will be happy. You guys go deal with your sour, we have to move on, you should move on too.

Mr P is getting set for the release of his debut album titled “The Prodigal” and he has also teased fans with an audio snippet of his track with sultry singer, Tiwa Savage.

Kindly tell us your thoughts regarding his statements.