Nigerian singer, Orezi has warned the former Big Brother Naija (BBNaija) housemates against revealing too much at the ongoing reunion show. 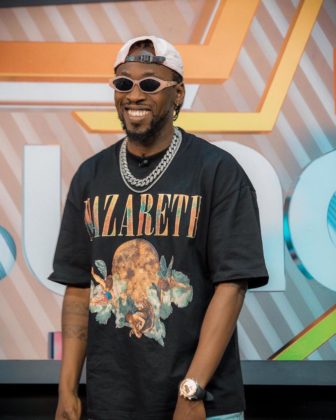 The singer said this via his Instagram story on Wednesday, the 23rd of June 2021. Orezi reminded the BBNaija ex-housemates that the internet doesn't forget and the things they say could possibly come back to haunt them. He also wondered about the boldness being exhibited at the reunion show and told the housemates that they were disgracing themselves and their loved ones. He wrote;

Internet no Dey forget oooo. These things will come back to hunt you. I just hope you know and ready to deal with it when it comes back hunting. 😂😂😂😂😂😂😂😂😂😂

Cos this no be boldness oooooooooo. Na disgrace you dey disgrace your self, family and fans 😂😂😂

Orezi also commented on Wathoni saying that Brighto can't handle her bills at the BBNaija reunion show last night. He asked how much her dress cost, calling the reunion show "big trips". In his words;

Abeg how much be this Wathoni dress biko? 😂😂😂😂😂😂😂😂😂😂😂 Cos E be like say nobody fit afford her bills lol. This one that prince and brightooo can't afford it. We gats know hoe much. 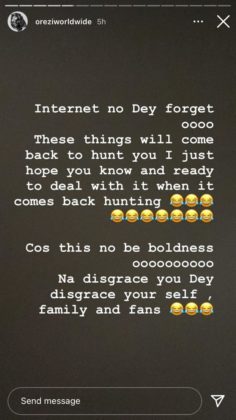 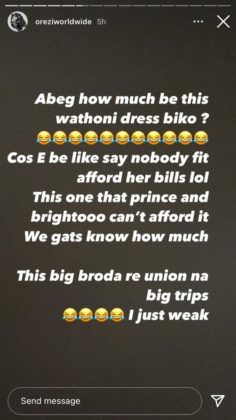 READ ALSO: Get the Gist on The Brighto, Wathoni and Dorathy Triangle on #BBNaijaReunion | Watch

Last night's edition of the BBNaija Reunion show was the most revealing so far and this has caused a lot of Nigerians including Orezi to respond. Last night's show focused on the triangle between Wathoni, Brighto, and Dorathy. Dorathy revealed that she indeed gave Brighto a blowj*b, while Wathoni revealed that she had sex with Praise in the house. This later degenerated into a shouting match and some harsh words were thrown around.