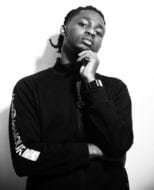 Breakout sensation of 2020, Omah Lay has secured another heavyweight feature in his belt.

This time, it’s an international collaboration with Atlantan rapper and singer, 6lack on the remix of his ‘Damn’ record.

The remix is set to drop on the 6th of November by midnight. An excited Omah Lay announced this on his Twitter page saying; “Big love to my brother @6LACK for blessing this record! DAMN featuring 6lack drops at midnight!”

Omah Lay broke into the music scene with his afropop number ‘You.’ He has since gone ahead to top music streaming platforms as well as become the debut star for Apple Music’s Africa Rising Campaign.

Other major collaborations in his discography include Olamide’s 'Infinity' and the Wizkid , Adekunle Gold featured ‘Pami’ by DJ Tunez.