Omah Lay Reveals His Most Important Song Ever Released

Having been declared B.E.T’s AMPLIFIED INTERNATIONAL artiste for November, the hottest rave of the moment, and Nigerian fast-rising star, Omah Lay revealed to B.E.T UK what his most important/favorite song is and why. 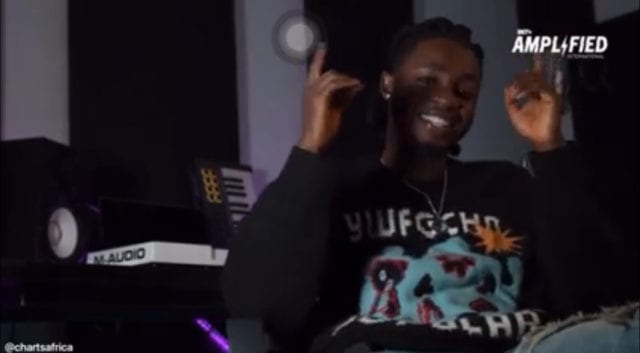 Omah Lay was a guest on B.E.T AMPLIFIED INTERNATIONAL UK on the 20th of November 2020 as spotted on Charts Africa’s YouTube page and during his interview, he expressed that his musical influences are Drake, Post Malone, Wizkid, Burna Boy, Davido, and others, and the ‘Damn’ crooner also revealed what his most important/favorite song ever released is and why. He expressed:

My most important song ever released is ’Hello Brother’ because of the place where I found myself at the time. I come from a city where there were a lot of crises, violence, people killing each other, and stuffs so my song ‘Hello Brother’ was like me reaching out to not just my city but the world, it was me reaching out from my heart to everyone in the world that yo! you are my brother, despite the colour or anything, you are still my brother and I love you. So I think that’s actually my favorite song still.

During the interview, Omah Lay also revealed his plans for 2021 and what the fans should expect from his upcoming releases. In his words:

I could list a thousand things that I could like to accomplish in 2021 but still, I will just let it fly because I don’t want to put a limit to what I want to accomplish. But one thing is for sure, I’m coming for my Grammy Award.