Nigerian singer, Olakira in a new video interview with Adesope Live on the Afrobeats Podcast shared the story of how he got to meet Davido.

In the new video interview with Adesope Live on Afrobeats Podcast, Olakira explained how he got to meet with Davido and shared a really funny story along with it. The interview was shared via Youtube on Saturday, the 20th of November 2021. 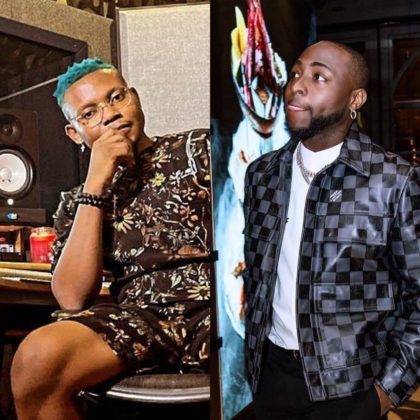 Olakira burst onto the music scene in 2019 with the monster smash hit, In My Maserati which later got a remix treatment with Davido. The singer recently revealed that he would also like to work with Wizkid and Burna Boy, but looks very fondly on Davido for his welcoming personality.

Olakira was speaking to Adesope Live on the Afrobeats Podcast in a video when he revealed how he got in touch with Davido. He explained that when Davdo called him for the first time on a video call, he almost collapsed from the shock. According to Olakira, Dremo was the one that first reached out that the DMW boss wanted to reach out to him.