Nigerian singer, Olakira has revealed that one of his wishes is to work with superstars, Burna Boy and Wizkid. He disclosed this in a recent interview. 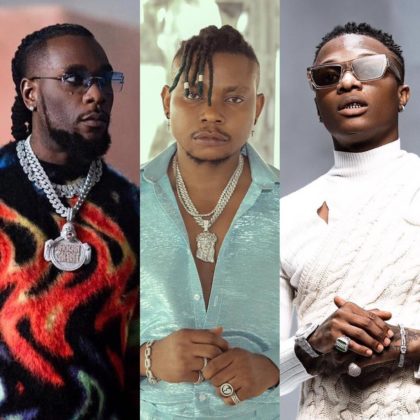 The singer was a guest on Beat FM's "Midday Show" with Toolz on Thursday, the 17th of June 2021. When asked when he intends to drop his album, he stated that it was not yet time to disclose that. Toolz then asked who he would love to work with on his album. To this, Olakira replied naming Burna Boy and Wizkid among the artists on his wishlist for features. In his words;

Burna Boy, na my guy be that. Tiwa Savage, she's like a sis though, so that is locked down already. Probably Wizkid too. I would love to work with him. I don't know what's going to happen. Probably, I'll just make a move. If it happens, I don't know. Errm, Internationally, I would love to work with Ariana Grande. Me I use to think the extra mile. Like afrobeats infused with pop music. We could make it happen actually.

Olakira made waves in 2020 with his hit single, 'In My Maserati' which got him a remix with Davido. He mentioned in the interview that Davido was the one that sent him a DM through Dremo. The singer also revealed that he and Davido are very close friends now. Having gotten a feature from Davido, Olakira will be looking to work with Burna Boy and Wizkid to complete the trinity of features in Nigerian music. Speaking about how he got the feature with Davido, the U&I Music artist said;

To be honest, I was surprised. Actually, it was through Dremo. He said I should send my number, that David wants to talk to me. Immediately, I sent my number, David called me on video call on whatsapp.