“There Is Nothing Wrong With Nigeria” - Seun Kuti | Watch

Afrobeats artist and political activist Seun Kuti has stated that there is nothing wrong with Nigeria. He went on to state that the only problem is not cutting off people who respect foreigners than their own people. 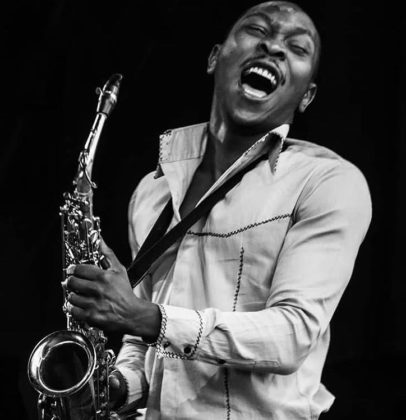 Seun Kuti who is the son of afrobeat legend Fela Anikulapo-Kuti shared a video of himself on his Twitter page on Wednesday, the 25th of MAy 2021 with the caption, “WISE UP AND RISE UP TO BE FREE”#MOP ✊🏿✊🏿 LIBERATION GENERATION ALUTA".

In the video, he states that Nigeria is not causing anyone's problem, and people who are happy to subjugate their own people at the expense of Nigerians are the real problem. He also said that Nigeria is "the biggest crime scene in the world" and Nigerians need to hold all the people responsible for this accountable. He said;

The problem with this country na be say we never cut this country free from those Africans wey dey happy to subjugate their people on behalf of Europeans and Arabs. I repeat! There is nothing wrong with Nigeria. E just be sey this country, we never decide to cut off those people wey respect Europe, America and Arab world pass as they respect us for Africa.

This is coming barely 24 hours after Seun Kuti was reported to have shown the Lagos State governor Babajide Sanwo-Olu the middle finger and walking out on him at his sister Yeni Kuti's birthday party. Yeni Kuti has however reacted to the incident, which we reported HERE.