The first daughter of late Fela Anukulapo Kuti, Yeni Kuti, has reacted to her younger brother, Seun Kuti's action towards the governor of Lagos State, Babajide Sanwo Olu at her birthday party on the 25th of May, 2021. 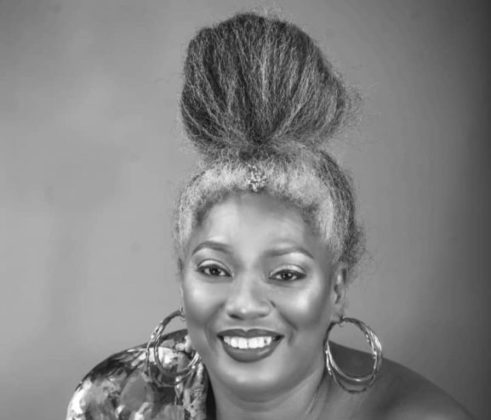 On the 25th of May, a video surfaced the internet of Seun Kuti angrily walking out on the Governor of Lagos State and reportedly showed him his middle finger according to a report by HipTV after an unknown misunderstanding. The report stated that "Seun Kuti openly expressed his displeasure on the attendance of the governor...".

Seun Kuti reportedly showed Governor Babajide Sanwoolu his middle fingers before walking out on the Governor.

With the video making its rounds on Twitter, Nigerians reacted differently to it, with some stating that Seun Kuti lacks proper home training. 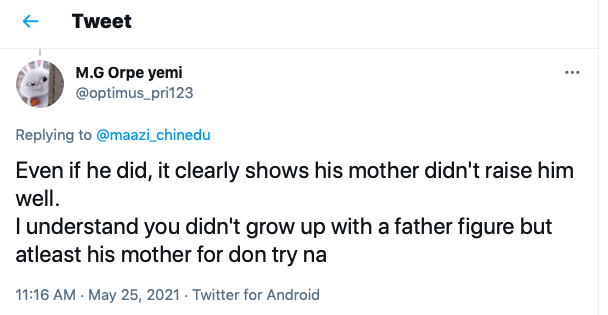 READ ALSO: My Great-Grand Father Was The First Artiste Recording In Africa

In reaction to the event and these comments, Seun Kuti's sister, Yeni Kuti, whose birthday it happened explained the event that led to such reaction on the 26th of May, emphasizing that it was a mere misunderstanding that had nothing to do with the way her brother was raised.

What happened was that the security detail in the course of doing their duty pushed his wife. He got upset at them understandably so, not the Governor. He even explained to the governor. I beg o! He has home training. @RealSeunKuti 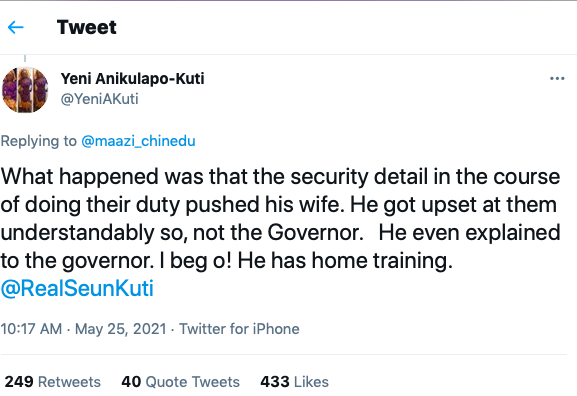