Niniola revealed that not only was Maradona certified Gold in South Africa, it is fast headed for a Platinum certification. She shared this via her Instagram page on Tuesday, the 3rd of July 2021. 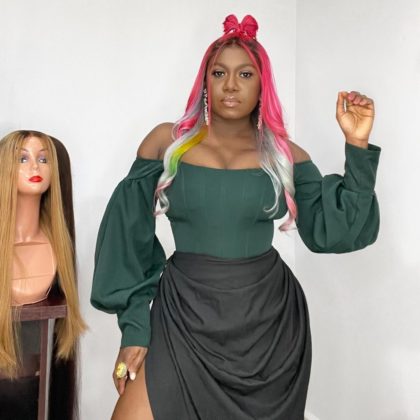 Announcing the news of Maradona‘s Gold certification, Niniola did not forget to thank the Recording Industry of South Africa. She also revealed that a platinum certification is not far off. In her words;

Thanks Mzansi 🇿🇦 ☺☺ Thanks @recordingindustryofsouthafrica … 1st of many to come 💪

Before that, Niniola had also revealed today that she plans to drop a new single on Friday. She promised her fans that they will dance to this new song when it drops. Niniola writes; 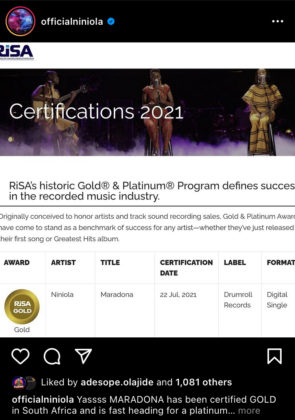 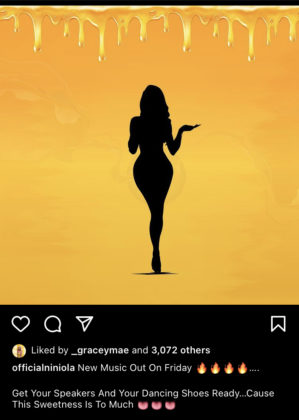 Niniola dropped Maradona in 2017 with her debut album, This is Me. The song grew on listeners immediately and it was not long before it became an anthem of sorts. Speaking to South Africa’s Sowetan Live in 2018, Niniola revealed she and her team did not expect the song to go as far as it did, and it’s now certified gold. Congratulations to Niniola.