#NigerianIdol: Seyi Shay Reacts To Online Criticism By Viewers of The Show

One of the judges of the Nigerian Idol season six show, Seyi Shay has reacted to the online criticism of her career and personality by Twitter NG users. 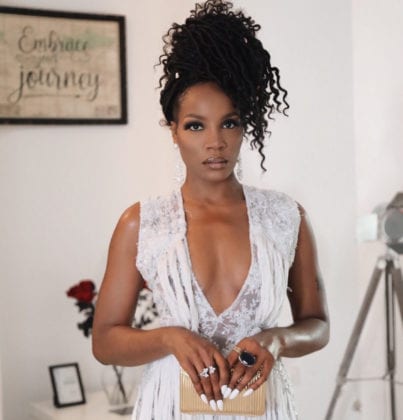 On the 29th of March, viewers of the Nigerian Idol show went online to call out Seyi Shay regarding her harsh comments towards a young contestant during the live audition of the show. She told the contestant to go back to who told him to come to the audition and tell the person;

“And I'm laughing at the fact that I can't just believe what I just heard. Like who told you, just wait. Somebody lied to you, somebody told you to come here and audition. And that person should go back and tell them that they are not your friend. Because that was not a good audition”

However, Seyi Shay doesn't seem to be fazed with the online bashing and she has taken to her Twitter account on the 29th of March, to speak on the matter. She tweeted;

“I’m feeling like #JudgeJudy right now. You either LOVE her OR you HATE her, and that’s quite ALRIGHT! Either way, Thanks for the #1 trend tweeps 😘”

I’m feeling like #JudgeJudy right now. You either LOVE her OR you HATE her, and that’s quite ALRIGHT! Either way, Thanks for the #1 trend tweeps 😘 pic.twitter.com/CBfAP3rLLJ

Seyi Shay rose to number one on the Nigerian trending topics chart on Twitter after she passed her judgment on the contestant’s performance during the audition.