Twitter NG has called out Nigerian singer and one of the judges of Nigerian Idol Season 6 show, Seyi Shay for criticizing a contestant. 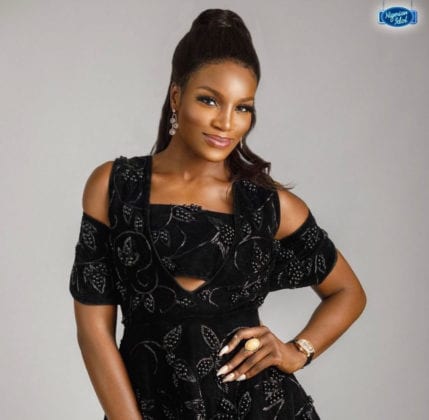 While giving her remark on one of the contestant's performances during the live audition on the 29th of March, Seyi Shay made some comments that irked viewers of the Nigerian Idol show. She said;

“And I'm laughing at the fact that I can't just believe what I just heard. Like who told you, just wait. Somebody lied to you, somebody told you to come here and audition. And that person should go back and tell them that they are not your friend. Because that was not a good audition

She went further and gave a verdict regarding the contestant’s musical career;

“You have a sweet-talking voice and it comes out in your singing voice but your performance terrible. You are never going to make money being a singer.”, she added.

Seyi Shay’s comments didn't sit well with the viewers of the show and they took to Twitter to express their thoughts regarding her statement. Below are some reactions;

Imagine Seyi Shay telling a 17 year old with good voice, who has passion for singing that “YOU ARE NEVER GOING TO MAKE MONEY BEING A SINGER”. Cos you’re God abi?pic.twitter.com/QZsBVNWutG

Imagine this, telling someone he will never make it 😫 please send me Seyi Shay number I want to her something 😡 pic.twitter.com/FcaLtLSm5g

Wtf!! This is too much from Seyi shay, is this supposed to be a word of encouragement to a 17y/o kid??? pic.twitter.com/gQuruLigWw

What the freaking hell, what does Seyi Shay feel like sef, this is a 17 year old boy with a good voice that just needs training and she straight up told him he was horrible and the singing thing would never work, this is supposed to be a platform to help talents. I'm so disgusted pic.twitter.com/91Pqs57mZC

Seyi Shay saying Torrus Can Never Make it in the industry shows just how she wasn't paying attention to the boy's voice she just want to get it wrapped up so she can go the toilet #NigerianIdol pic.twitter.com/IzAR1wIyAI

Just watched the Seyi Shay video and I was almost in tears. The guy even said "I was nervous". It took alot for him to get up there and she treated him like that. I feel so bad.

Kindly tell us your opinion regarding Seyi Shay’s comment towards the Nigerian Idol Season 6 contestant.