Uproar ensued on the streets of Twitter following a woman’s narration on the platform, claiming that singer and activist, Seun Kuti fired his gun at a party in his residence at Ikeja on the 12th of December. 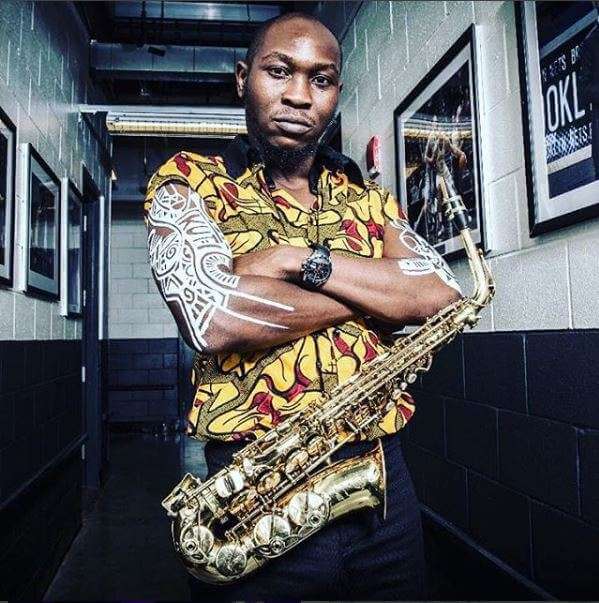 Seun Kuti himself has since come out to share his side of the story and explain what led to the altercation via an Instagram live.

According to Seun Kuti, trouble broke out after movement in and out of his house was impeded by party goers who were in attendance of a party organised by a non-resident who owns businesses in the area.

D message below na from one of my neighbors for our street in regards to wetin happen, if yur story na true, den how come my neighbors post dis to thank me for im Instagram. Abeg who send you come? pic.twitter.com/bD8sTtw2Qz

Seun explained that the party started as early as 9am and stretched on till 7pm when he decided to leave his house for a quieter location. It was upon this decision he discovered that he’d been blocked in his compound by cars of the party attendees, while his neighbour was unable to drive in.

At this juncture, Kuti admitted to slapping the partygoer with the obstructing vehicle after he engaged Seun in a shouting fit.

RELATED POST: I Won't Let Them Bastardize His Name- Seun Kuti To Artistes Who Call Themselves Fela

The situation further escalated when someone described as the party organiser mobilised bouncers from the party to harass Seun and his neighbours in their home. Aggravated by this, Kuti together with his neighbours had chased them out of his compound. Kuti stated that they had successfully driven out of his compound only to be obstructed ahead by a retreating party attendee whose car had become immobilised due to fuel shortage.

It was while waiting for the car to be refuelled and moved that he was threatened by an irate bouncer. Kuti narrated the experience saying;

“As I was waiting in the car o, their bouncer now came to meet me and threatened my life. He threatened my fucking life. He said, ‘no be you be Seun Kuti? Me I dey come shrine well well, we go come find you and treat your fuck up.’ So I said ‘you’ll kill me? You’ll treat my fuck up?’ That’s where the fight started.”

Despite posting his firearm license on his Instagram page, following the incident, Seun Kuti did not confirm or deny whether or not he fired a gun but simply stated; “And we didn’t need to pull guns on anybody because we beat them with our bare hands. Yeah there were gunshots because men dey.”

Further weight was however thrown behind the gun usage scenario  and the activist boldly stated that even in the case of an arrest, if a warrant was not issued with the order and shown to him, there would also be a shoot-out.

A livid Seun ended the Instagram live by asserting that regardless of whatever situation he finds himself, he won’t allow himself to be victimised.