Award-winning music artist, Mr Eazi has announced that he's launching a fund that will invest in Africa's stars of the future called Africa Music Funds (AMF). 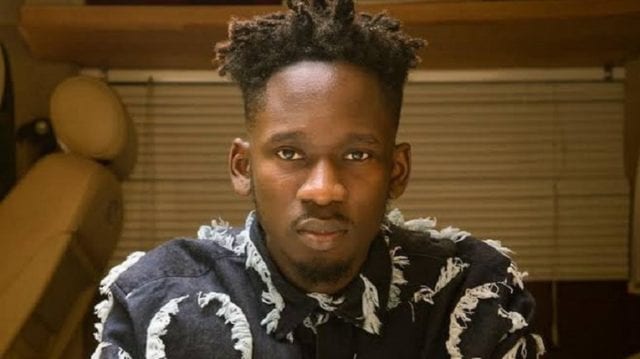 This news was made public in Mr Eazi's recent interview with CNN where he talked about the importance of African artistes having the right financial resources invested in their craft.
Mr Eazi told CNN that the Africa Music Fund (AMF), is worth $20 million dollars and the lead investor is 88mph, a company that provides capital for African businesses.
Through the AMF, the 29-year-old artiste says he wants to create a new funding model for the music business on the continent, an initiative inspired by the need to provide financial support for artists to expand their catalogue.
According to Mr Eazi, many investors and financial institutions don't understand the business of music and as a result, are unable to properly fund musicians, he says.
"Artists cannot go to banks to get money for their music because financial institutions don't understand how to secure intellectual property. They get it for physical properties but not for music. So, because not a lot of people understand the music business, there is no finance product for musicians," he explained.
This investment, according to Mr Eazi will be decided based on the data collated on an artiste to ensure the decision made is informed.
In addition to providing access to funds for creatives in the industry, Oluwatosin Ajibade popularly known as Mr Eazi plans to ensure the African music industry evolves to become one where African are the owners of their own content and intellectual property.
To Mr Eazi, "The biggest players in the African music industry are not from Africa", and as a result of this, he wants to create a space for music stars on the continent to become a significant part of the industry. He said;
"I want to look back and be fulfilled knowing that I contributed to getting African equity participation in the music infrastructure that has been built on the continent."
Source: CNN