As the year comes to an end, music streaming platforms are releasing the top songs listeners spent more time with and Spotify has released theirs with South African jam, Jersusalema by Master KG taking the number one spot. 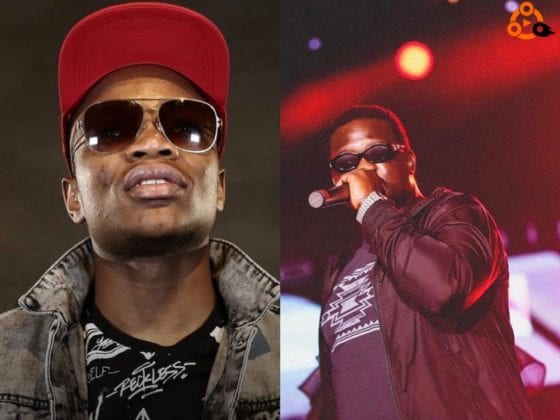 The Afropop list was released on the 3rd of December containing some of the top jamz we all rocked namely ‘Call’ by Joeboy, ‘Again’ by Wande Coal, ‘Away’ by Oxlade, ‘Ginger’ by Burna Boy and Wizkid, Adekunle Gold with ‘Something Different’, Simi with ‘Duduke’  and many others.

Although the streaming numbers for these songs were not made visible to the public, they’re listed according to the highest streamed with the face of the artiste with the top song used as the face of the list. 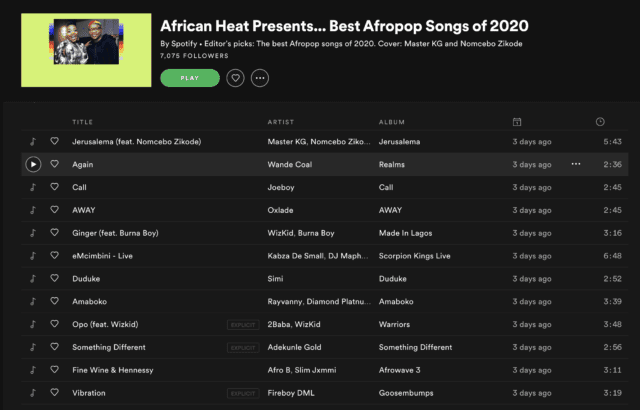 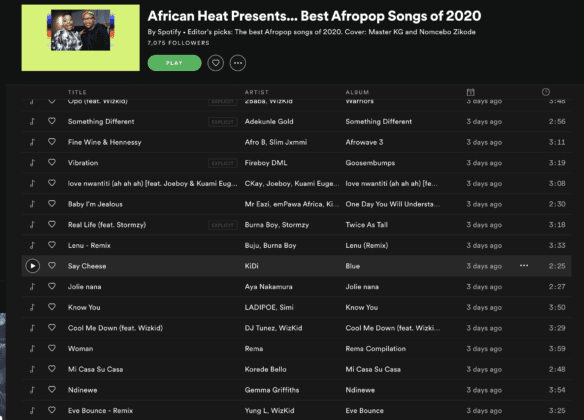 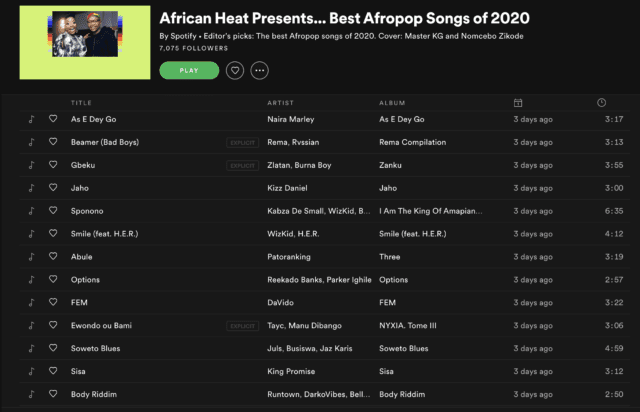