South African singer, Nomcebo Zikode has claimed that she was not adequately compensated for her contributions to Master KG's hit song, 'Jerusalema'. The record producer and musician has denied the reports, however, via a couple of tweets now deleted. 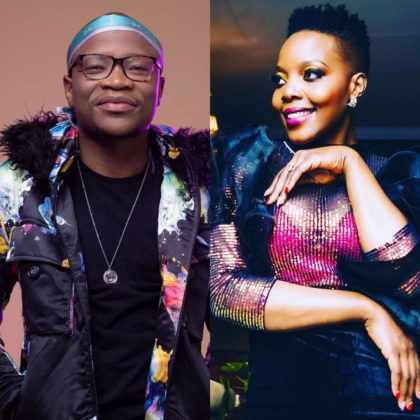 Zikode shared a press release via her Instagram page on Sunday, the 11th of July 2021. She revealed that her label, Open Mic Productions have refused to pay her a cent for her contribution to the global hit single, 'Jerusalema'. Zikode also disclosed that the success of her collaboration with Master KG on 'Jerusalema' has done nothing for her. Instead, she revealed that she has been the subject of ridicule and "efforts to marginalize" her contributions. She writes;

Thank you to all the fans of #jerusalema you have made my dreams a reality, with attaining a global hit song. My voice and lyrics have been transcended globally, but I still await what is due to me.

I have not been paid a cent by the label for #jerusalema despite the song's global success. I have been ridiculed,w ith efforts to marginalize my contribution.

The continued love and support from the fans of #jerusalema has been my strength and anchor during this difficult time.

I, as a female artist, can't stay silent on this anymore. The matter is now with my lawyers. 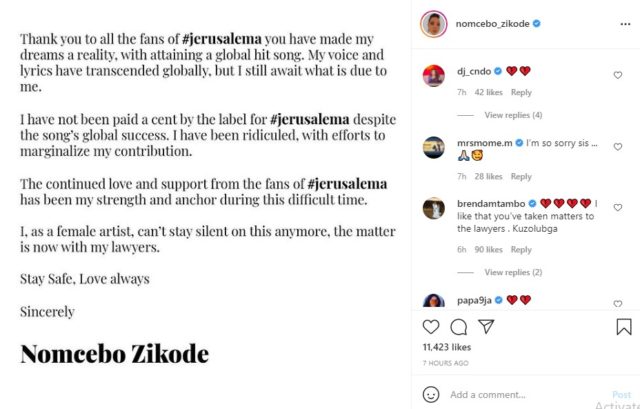 Master KG responded to Nomcebo Zikode's 'Jerusalema' claims via a couple of tweets now deleted. He said that the agreement between them was 50/50 nut Nomcebo wanted to take 70% for herself and leave 30% for him. In his words;

And again, Nomcebo can you tell these people that you are demanding a bigger percentage than mine on this song? 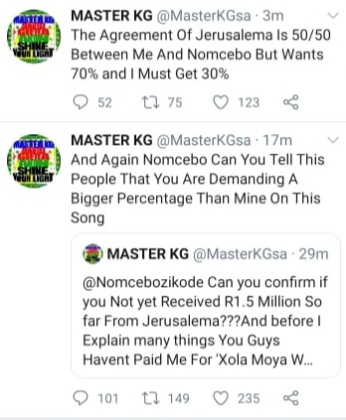