Mavin Records latest signing, Magixx in a recent video interview with Beat FM spoke about his music and how he joined the record label.

During the video interview with Beat FM, Magixx explained that his rent was about to expire when Don Jazzy saw his freestyles on Instagram and searched him out. The interview was shared via Youtube on Friday, the 22nd of October 2021. 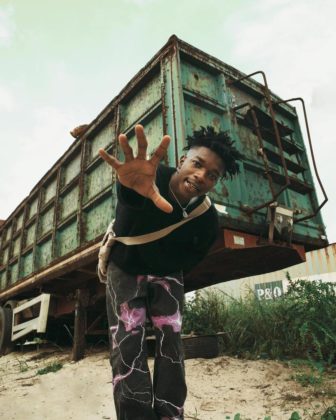 Magixx was announced as a Mavin Records act last month, immediately unveiling his debut project, a 5-track self-titled EP. The project has instantly become a smash hit as the song Love Don't Cost a Dime has been banging on the airwaves for the last month.

Speaking to Osi during his video interview with Beat FM, Magixx reveals that he was very close to being kicked out on the streets when the Mavin Records opportunity came along. In his words;

It happened early last year. I was grinding on Instagram, because I had to be putting out freestyles. I had just finished from school, and my rent was going to expire that month. One midnight, someone hit me up telling me that Don Jazzy heard my stuff and is very much interested. And that is how I got into Mavin.